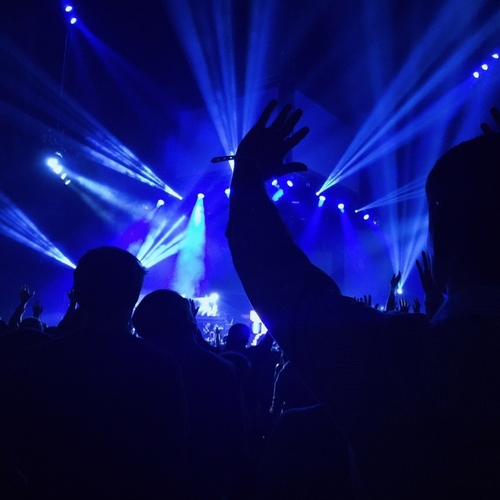 From 11 to 13 October 2017, the international research conference Religious Minorities’ Self-Representations: Claims of Difference and Sameness in the Politics of Belonging was hosted by the Department of Philosophy and Religious Studies at Utrecht University. The aim of this conference was to explore how dominant perceptions of specific religious minorities feed into the ways in which these minorities represent themselves and/or their religion. In a series of blog posts, different conference participants write about their research. In this blog about an Iranian Dutch dance performance, Dr. Rahil Roodsaz explores the complex relationship between ‘whiteness’ and ‘irreligiosity’ in the Netherlands.

Irreligiosity and Belonging: Reflections on an Iranian Dutch Dance Performance

In July 2011, the famous Iranian-American pop-singer, Faramarz Asef, was invited to the Dutch city of Nijmegen for an annual summer festivity. Before the concert started, he emphasized “this is the kind of gathering and celebration that, of course, we would rather have in Iran. Who knows, maybe someday, after we have gotten rid of this religious dictatorship, we will finally be able to do exactly that.” Capturing exilic sentiments among especially the first generation of the Iranian Dutch immigrants, his statements were received by cheers and applauds from the audience. As in the previous years, a crowd of approximately 500 people of Iranian descent from various Dutch cities attended the event. During this two hours’ festive program, men and women of different age categories would dance, sing and drink together. Dolled up women, wearing sleeveless, low cut dresses and high heels joined men with well-tailored suits or shirts tightly fitting the shape of their body and fashionable hairstyles. Combined with the loud westernized popular Iranian music produced in Los Angeles, this performance would catch the attention of many bystanders. In my role as an observer, which I was doing as part of my PhD research, I had to answer numerous bystanders’ questions about this group’s background. To quote a curious middle-aged white man: “Where do these people come from? Iran? Really? I thought they might be Italian or something like that…”

‘Where do you come from?’ appears to be a typical question for non-white people in Europe (Ang 2001). According to Sara Ahmed (2017, 117), such questions often work as ‘assertions’: “When you are stopped, a right to stop you is asserted. In being assertive, such speech acts render you questionable, as someone who can be questioned, as someone who should be willing to receive a question. A body can become a question mark.” In case of the Iranian Dutch dance performance, in fact, the bystander stops to pose this question, which suggests curiosity and a sense of out of place-ness associated with what he observes. Although the Iranian Dutch dance event was surrounded by other ‘ethnic’ performances, as put by the organizer, such as a water pipe tent, Arabic belly dancing and different kinds of ‘exotic’ food trucks, the Iranian westernized pop music and the entire dance performance, rather than ‘ethnic’ or ‘exotic’, conveyed a certain extent of whiteness as also hinted at by the bystander’s association of what he saw with being Italian. The very question of whether they are Italian as posed by the bystander shows the questionability of their position as either white or non-white. As Sara Ahmed poses in her analyses of ‘the figure of the stranger’ (Ahmed 2017, 117), the Iranian Dutch partially white and partially non-white appearance is inconsistent with the expectation of the bystander of what or who is here. In this dance scene, the Iranian Dutch are neither entirely the ethnic or exotic ‘other’, nor the mainstream white ‘us’. Their performance looks too white to be seen as part of the former as their perception by the bystander as ‘Italian’ convey, yet being located in the ‘ethnic’ corner of the festival and their not entirely white appearance do not allow for their self-evident categorization in the latter.

The Iranian American sociologist Neda Maghbouleh (2017, 170) argues, “In an era of War on Terror, a racialized master category governs and links Arab, Middle-Eastern, Muslim, and South-Asian Americans, despite … internal diversity.” In the context of Western Europe, a similar racialized master category seems to operate as suggested by the interchangeability of ‘Arab’, ‘Muslim’, ‘Middle-Eastern’, ‘immigrant’ and ‘refugee’ in articulating anxieties about their ‘integration’ in western societies. Underlying the questionability of the whiteness or non-whiteness of the Iranian Dutch appearance during their dance performance is an association between non-white Middle-Eastern bodies and Islam in the Dutch context. In the broader Dutch ‘integration’ discourse, these bodies are connected to each other as part of a larger non-white category associated with ethnic, religious and cultural difference as opposed to the white and secular category of Dutchness. Nevertheless, in case of the Iranian Dutch the bystander’s question of whether they are Italian simultaneously points at the fluidity of and possibilities for movement between the categories of ‘white’ and ‘non-white’.

The approximately 35.000 Iranian Dutch form a minority group with an Islamic background, the majority of whom have come to the Netherlands as political refugees in the past three to four decades. Due to their past and sometimes current political activities against the Islamic regime of Iran, their relationship with religion can be described as strained. Some of them have a secular leftist background and many associate religion, Islam in particular, with an oppressive potential (Roodsaz 2015). Within the community, being openly religious might be seen as a sign of possible alliance with the Iranian authorities and provoke suspicion (Roodsaz 2015; Ghorashi 2001). Moreover, previous studies have pointed at the relative absence of organized religion (Van den Bos 2006) and a marginalized religious identity (Ghorashi 2001) within this group. A relatively active participation in the job market, a high level of education and a tendency to live among the native Dutch have been reported among this group as signs of their relatively successful ‘integration’ into Dutch society (CBS 2016). Furthermore, expressing a critical view on Islam in public discussions in Dutch media by some of the well-known Iranian Dutch, such as the law professor Afshin Ellian, adds to this group’s reputation as secular.

Although these qualifications bring them closer to being included into the white and secular category of Dutchness, in other contexts the Iranian Dutch are confronted with discriminatory treatments. Particularly, political anxieties around a nuclear Islamic Iran have, for instance, informed a ban in 2007 on receiving university education in the fields related to ‘proliferation sensitive nuclear technology’ for Iranians in the Netherlands. This decision was based on UN sanctions against Iran, and was met with protests in the Iranian Dutch community. This example shows the lack of steadiness of the Iranian Dutch ‘safe’ position as part of the category of white and secular Dutchness based on socio-economic achievements and anti-religious self-positioning.

Liberal ideas about sexuality and gender are perceived as an important vehicle in claiming a modern identity and belonging to Dutch society among the Iranian Dutch, as I illustrate in my PhD-thesis.  One of the most important characteristics of this liberal attitude is the rejection of religious authority over issues of sexuality and gender. This rejection, for instance, means using the opportunities in a diasporic context to gain sexual and romantic experience before marriage. Iranian-Dutch parents imagine their children growing up in the Netherlands to enjoy the freedom to cohabit with a potential partner before committing to a married life, which they contrast with their own experiences regarding the choice of marriage partner while living in Iran. Furthermore, what would be gained by a move from religion and towards modernity are possibilities for masculinities beyond the value of honour and femininities that involve sexual self-determination. Issues of sexuality and gender, in particular homosexuality, are seen as a matter of human rights that are protected and respected in the Netherlands as a secular society, and are opposed to what they perceive as the problematic treatment of mainly women, gays and lesbians in Iran based on Islamic laws and culture. Embracing a liberal attitude towards sexuality and gender functions as a rhetorical move to position the self outside a religious past and within a secular present. I call this rejection of religion ‘irreligiosity’, as part of an attempt to claim a modern self through notions of sexuality and gender.

Such constructions of belonging need to be seen as embedded within a larger Dutch discourse on integration of (Islamic) minority groups in the Netherlands. As scrutinized by various scholars (Dudink 2017; Bracke 2012; Mepschen, Duyvendak and Tonkens 2010), within this discourse a progressive Dutch nation as opposed to backward immigrant others is imagined, a distinction often based on notions of gender and sexuality. According to its popular rhetoric, the extent to which immigrants manage to appropriate a liberal attitude towards sexuality and gender, for instance with regard to issues of sexual diversity and gender equality, would reveal their level of ‘integration’ into Dutch society. The Dutch nation is here assumed and reproduced as white, secular and progressive and sexuality and gender are employed as the means to measure integration. Within this discursive field, minority groups with an Islamic background, such as the Iranian Dutch, engage in constructions of belonging through negotiating, appropriating and sometimes rejecting expected ethnic and religious identities and positionalities.

Given the framing of the dance event as an illustration of how one would preferably dance and party in an Iran liberated from Islamic dictatorship, as the Iranian American artist suggests and the audience seems to underline, together with the previously outlined popular anti-religious sentiments among the Iranian Dutch expressed in relation to issues of sexuality and gender, I propose to consider their dancing bodies as constitutive of a move from religion, enabled in a diasporic setting. They reject Islam as one of the expected categories of otherness, without acting in accordance with another expected category of difference, namely being ‘exotic’ or ‘ethnic’.

The Iranians’ dancing performance can be seen as an effort to embrace irreligiosity as the result of which they overstep the white/non-white racial boundary in the Dutch context where being Middle-Eastern, Muslim and non-white are seen as interchangeable. However, I claim, they do not ‘pass through’ as either entirely white or non-white, given the curious and surprised reactions of the bystanders about their background in a space where only ‘exotic’ irreligious performances are expected. If being unmarked, normalized and naturalized can be taken as a sign of inclusion, the requirement for certain bodies to explain one’s claim to irreligiosity discloses a lack of complete inclusion in whiteness. This allows us to see the racial boundaries of the secular as well as the flexibility and fragility of those boundaries, allowing identities and bodies to be folded into or cast out of whiteness (Maghbouleh 2017). Nevertheless, this incomplete inclusion is productive in a way that it serves as the very condition for the Iranian Dutch to act ‘unexpectedly’ and ‘questionably’, enabling them to craft an identity as a racial insider through irreligiosity, however fragile and incomplete. The Iranian Dutch’ dance performance offers an opportunity to become strategically visible by not conforming to an expected appearance, a visibility that indicates a position in-between whiteness and non-whiteness and thus carries possibilities of transgressive belonging. 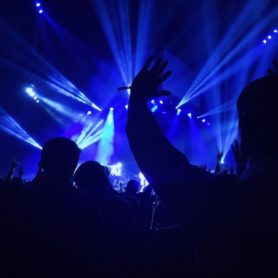 Ang, Ien. 2001. On Not Speaking Chinese: Living between Asia and the West. London and New York: Routledge

Ghorashi, Halleh. 2001. Ways to Survive, Battles to Win: Iranian Women Exiles in the Netherlands and the US. . Nijmegen: Katholieke Universiteit Nijmegen.