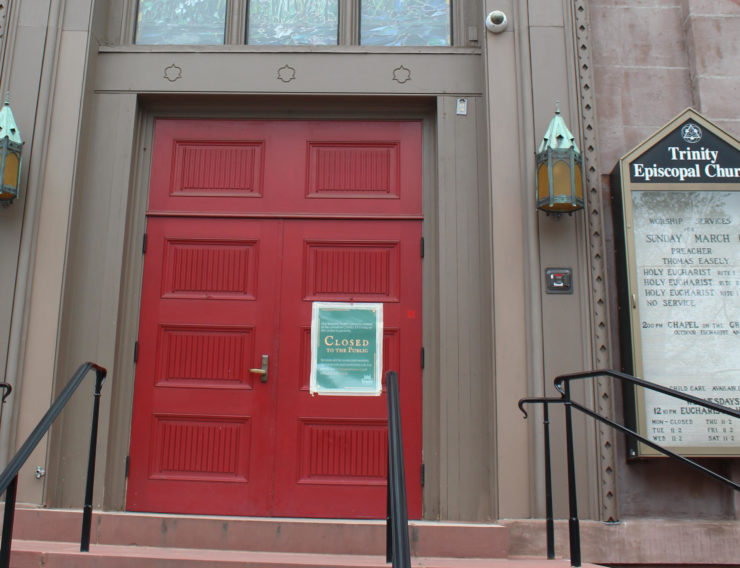 Our best tool to thwart a communicable disease is communication. As word spread of the terrible suffering and lonely deaths caused by the onslaught of COVID-19, it’s remarkable how quickly scientists, public health officials, and politicians in many parts of the world combined forces to persuade (most) people to sign on to the massive project of physical and social distancing. What did it take to convince people en masse to stop going about their lives, in order to save the lives of others? Times like these bring into sharp relief the power of stories and storytellers to incite action.

From our perspective in North America, the varied responses to public health experts and politicians urging the public to have “faith in science” have been both fascinating and troubling. Some of the narratives about the pandemic promote a collective spirit of “we’re all in this together,” some cast frontline workers as self-sacrificing heroes, and some promote conspiracy theories targeting scientists and rejecting social distancing. Taken together, the stories that circulate along with the virus reveal profound social fractures in our societies.

In the United States, the President is accustomed to telling stories for political effect, with no regard for their truth — and he quickly tired of the bad-news story that people must stay home to slow the pandemic. Mr. Trump continues to ignore the advice of scientific experts and even actively encourages protests against state-level policies that promote it. He makes up stories about miracle cures that he hopes will catalyze his base and revive the stock markets. He also insists on calling COVID-19 the “Chinese virus” in what is clearly a racist dog-whistle to some of his supporters.

As communicator-in-chief, when Trump shared his good “feelings” about an as-yet-unproven hydroxychloroquine-based treatment as a “gift from heaven,” a massive run on the medication followed. One man who translated Trump’s story about his “feeling” into a prescription died after ingesting a fish tank cleaner that contained the chemical that the President had named. The next day, in direct contradiction of the medical experts advising him, Trump mused that Easter Sunday would be “a beautiful time” for most of the country to get back to normal, filling the churches with people. More recently, he has harmfully speculated about the healing properties of bleach, a toxic cure with its own religious backstory.

Trump’s seemingly random musings were a direct appeal to his conservative Christian supporters, many of whom thought the cancelling of Sunday services to stop the spread of the virus showed a lack of faith. Unlike the Pope, who has counselled Catholics that due to the pandemic they can confess their sins directly to God without seeking out a priest, Trump played to wishful fantasies about Christian worship without heeding the dangers of handshakes and kisses in a time of contagion. Promising to resurrect the economy on the holiest day of the Christian year might seem like a clever symbolic gesture for this quasi-Christian, smash-and-grab-capitalist President. But the truth matters. A hopeful story that taps into religious sensibilities while defying scientific evidence in the midst of a pandemic will kill people.

In Canada, by contrast, a mixture of faith in science and collective goodwill, along with shared purpose among governments at all levels, have moved Canadians of all political and religious stripes to maintain social distancing and stay home in order to flatten the curve. With a much more robust public health care system than in the United States, Canadians are used to depending on the state to provide health care. But in Canada too, some conservative political leaders have tried to turn COVID-19 into a story about “Asian” conspiracies, an example of what Orhan Pamuk recently described as a universal response to pandemics, which “has always been to create rumors and spread false information”, often with a religious and xenophobic angle.  Beginning with criticisms launched by the Premier of Alberta against Dr. Teresa Tam, Canada’s widely respected Chief Public Health Officer, other conservative politicians joined in, making unsubtantiated, racist claims that she was working for the interests of China, not Canada.

The stories we tell each other, and hear from our leaders, are critical to maintaining our common sense of purpose throughout these trying times. The sadness that comes with hearing stories about people dying alone in their beds without their loved ones by their side is tempered with the compassion and respect we feel for the health care workers who risked their own well-being to care for them. Let us hope that when one day we look back on this pandemic, we’ll see that although reckless and false stories about this virus were deadly, most of the stories we told as it unfolded were ones that communicated a faith in science that helped keep us alive.

Pamela Klassen is Professor of the Study of Religion and Anthropology at the University of Toronto, where she works on religious diversity in North America, with connections to the anthropology of religion, medicine, and gender, Indigenous studies, and legal studies. Her most recent books are The Story of Radio Mind: A Missionary’s Journey on Indigenous Land (U Chicago Press, 2018) and Ekklesia: Three Inquiries in Church and State, co-authored with Paul Christopher Johnson and Winnifred Fallers Sullivan (U Chicago Press, 2018), along with the co-edited The Public Work of Christmas: Difference and Belonging in Multicultural Societies (McGill-Queen’s University Press, 2019). Her collaborative digital storytelling project, “Kiinawin Kawindomowin Story Nations” can be found here.

Janelle S. Taylor is Professor of Anthropology at the University of Toronto. She is a medical anthropologist, whose research has focused on social, cultural, and political dimensions of biomedicine in North America. Her publications include the scholarly monograph The Public Life of the Fetal Sonogram: Technology, Consumption, and the Politics of Reproduction, the edited volume Consuming Motherhood, and numerous articles appearing in journals of both medicine and anthropology, and the collaborative website Somatosphere. Her recent work focuses primarily on dementia, aging, and caregiving.