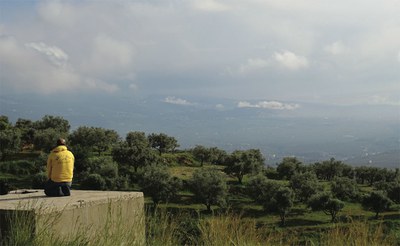 Philosophy and Religious Studies, Utrecht University and Max Planck Institute for the Study of Religious and Ethnic Diversity, Göttingen

One of the main political issues today in the entire world, but certainly also in Europe, is that of the refugees. At the end of 2015, there were 21,3 Mill refugees worldwide, according to UN counts. Since 2014 more than 30.000 people have drowned on their flight over the Mediterranean. Politically the issue of refugees has been responded to by a nationalist upsurge in Poland, Hungary, Germany, The Netherlands, France, Scandinavia, and Britain. In Europe, the question of nationalism and migration now has been shaping the political landscape for more than a decade. This crisis has many aspects, including citizenship rights, national sovereignty, and migration patterns. In the definition of refugees the issue of violent persecution and political force is central. The 1951 UN Geneva Refugee convention (http://www.unhcr.org/3b66c2aa10.html) and its 1967 Protocol, which set minimum standards for dealing with refugees, defines a refugee as: “any person who, owing to a well-founded fear of being persecuted for reasons of race, religion, nationality, membership in a particular social group or political opinion, is outside the country of his nationality and is unable or unwilling to avail himself of the protection of that country.” Refugees are categorized as a special class of migrants who deserve special protection. Ultimately it is the law that decides about the status of persons applying for asylum whether they are recognized as refugees.

In this conference, we do not want to limit ourselves to the legal perspectives and ultimate classifications of persons as refugees or (“mere”) migrants, but approach the issues from a range of viewpoints of those seeking refuge and involved in the process of being recognized as refugees (even though they may be found to not qualify to be granted asylum), and other actors and institutions who play a role in this process.

Moreover, we want to focus on religion. The secular institutions of the state frame religion, determine what is religion and what is not religion according to the law, delineate the limits of religious authority, religious practice, and religious speech. The extent of the secular production of religion depends on political debate and action. Religious differences can be a cause of civil war and thus of flight to safer areas. Religion can also play a role in giving shelter to those who are on the move. Religion can be an essential part of both the problem and the response to it.

We want to approach the religious aspect of the refugee phenomenon by focusing on the materiality of religion. The refugees bring their religion to new places and create ritual spaces (churches, temples, mosques) to be able to give concrete shape to their traditions. They are received in refugee camps that are sites of religious competition for assistance, networking, and conversion; and after they have left these camps for more settled places the camps become lieux de memoire of the moment of transition into new lives. In the process of the application procedure, refugees may intensify their religious affiliation or convert to another religion.

Another set of issues concerning the materiality of religion is that of death and the dead. Where to bury the dead and how to deal with the dead body in a new environment is one of the questions that concern refugees who settle in foreign lands. What happens when refugees introduce new material practices of religion among populations that are anxious about them? How are traditions materially transmitted over long distances and borders? What can be carried and what has to be left behind? What happens when people are moving from their homes to escape an unbearable present and future? How is the suffering and exodus understood religiously? What is the road to conversion (to the secular or the religious)? What does the category of trauma tells us?

This is not an exhaustive set of questions but an attempt to give an idea of the range of issues that come to mind. Refugees are “persons out of place” and raise a wide set of issues concerning purity and danger. The so-called refugee problem is a global problem and we need thus to place “the European crisis” in a comparative perspective. It is thus important to have detailed accounts from a variety of regional perspectives. The refugee problem of today is historically specific, but at the same time it invites comparative reflection on the various histories of ethnic and religious cleansing and discourses of purity and danger.

We invite abstracts of 500 words maximum by 9 April 2018  that can be used for inviting full papers. These abstracts have to be sent to vdvoffice@mmg.mpg.de. Those who are selected will be invited to submit a full paper by 1 September 2018. The intention is to publish an edited volume and the organizers will have first right of refusal. Paper-givers will be given room and board for the duration of the conference. Economy class tickets will be reimbursed.