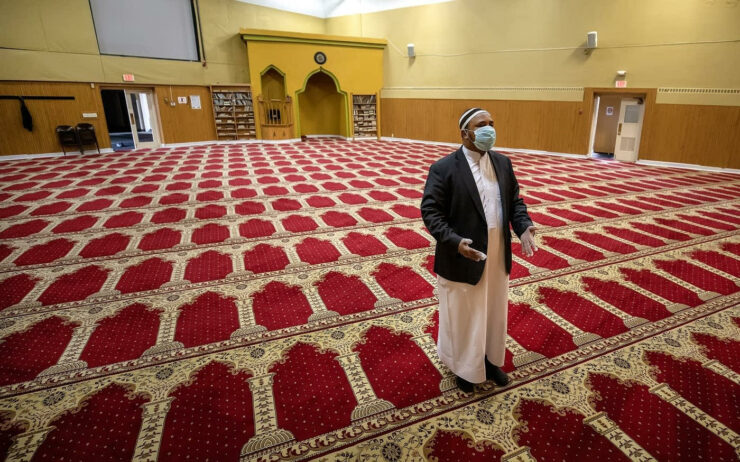 The Coronavirus that has struck much of the world has claimed hundreds of thousands of lives and has affected many more through infections and the economic, psychological and societal effects these have had. In a very real sense, we have all been affected by this virus and it should therefore not come as a surprise that religious people are no exception to this. At times like these, people are confronted with suffering and even death on a scale that clearly surpasses usual levels and this often has the effect of causing people to reflect on their lives, leading some to seek comfort in religion, although the social distancing measures that governments across the world have taken to combat the virus have often compelled people to do so in ways that are quite unusual.

Some seek refuge elsewhere, however, and resort to conspiracy theories to explain the extraordinary circumstances that they are going through. Although suspicions of evil plots are obviously much older than Covid-19, the crisis caused by the Coronavirus seems to have given rise to more conspiracy theories than usual, perhaps particularly because the enemy we are fighting right now is invisible to the naked eye. Given the fact that there is a host of more concrete “enemies” whose supposedly evil plans have frequently been alluded to by earlier generations of conspiracy theorists, some clearly cannot resist the tempation of blaming entirely unconnected groups of people for a crisis that even experts struggle to understand.

In the following two articles, which were both written in Dutch, I have addressed both the ways in which religious people have dealt with the Corona crisis and how the virus has given rise to conspiracy theories. The first article [click here] deals with how Jews, Christians and Muslims have dealt with the effects of the corona virus, with special emphasis on how Muslims have experienced the month of ramadan, which is traditionally not only a period of fasting, but also of family gatherings. It argues that Covid-19 has simultaneously brought out anti-social behaviour as well great creativity and flexibility among Muslims.

The second article [click here] deals with the recent suggestion by a Dutch local politician that an Israeli lab was responsible for creating the Coronavirus and how this is linked to conspiracy theories in the Arab world. It distinguishes three different factors that help sustain conspiracy theories in that region: a strong sense of mistrust in local authorities, a deep feeling of one’s own incompetence and ignorance.

Joas Wagemakers is an associate professor of Islamic and Arabic studies in the Department of Philosophy and Religious Studies at Utrecht University. His research concentrates on the intellectual history of modern Islam, with a particular focus on Salafism and Islamism in the Middle East.