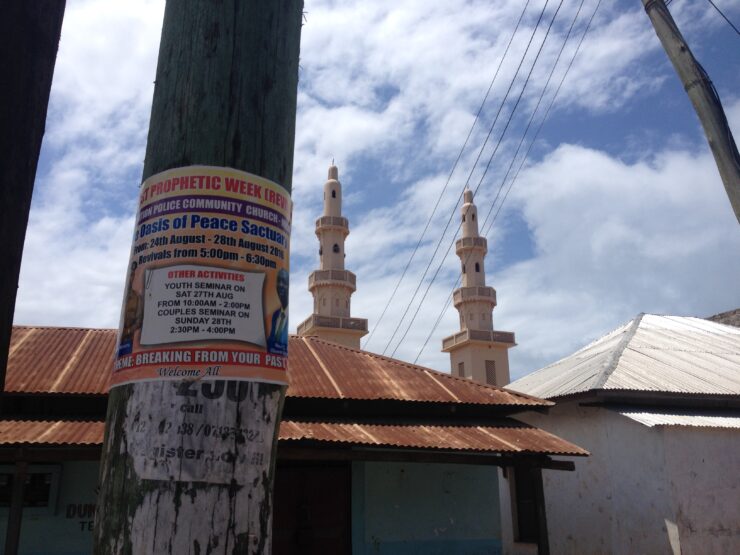 On 15 June 2021 (16:15h) Erik Meinema will defend his PhD-title in Religious Studies (Utrecht University). The ceremony will take place at the Academiegebouw (Domplein 29, Utrecht). Guests can follow the defence online via a link that will be posted on this page.

Introduction to the study

The dissertation of Erik Meinema MA (Religious Studies) is an ethnographic study that analyses modes of religious coexistence in the coastal Kenyan town of Malindi, by studying Christianity, Islam, and indigenous African religiosity (or ‘Traditionalism’) within one conceptual framework. This is relevant, since earlier scholarship in religious studies and anthropology has primarily focused on either Christianity or Islam, or the relations between one of these two religious traditions with Traditionalism. The topic is approached through a focus on civil society organizations which receive Western funding to organize ‘interfaith’ cooperation to ‘build peace’ and to ‘counter violent extremism’. The thesis asks how modes of religious coexistence are negotiated and contested in such civil society settings, and how present modes of coexistence intersect with historical patterns of interaction. The main contribution of the thesis is that it provides a detailed analysis of how modes of religious coexistence in coastal Kenya have been shaped and constituted through colonial and postcolonial forms of political governance and through transregional connections and encounters between three religious traditions that characterize coastal Kenya, namely Christianity, Islam, and Traditionalism.