I am a social anthropologist, working across the fields of history, museums and religious studies. My regional expertise is West Central Africa, particularly today’s Angola.

My current research focuses on museum collections assembled by Dutch Catholic missionaries in Angola during the period of Portuguese colonialism, particularly those that can be found today in the National Museum of World Cultures, in the Netherlands. It is part of the Work Package dedicated to ‘Heritage and the Question of Conversion’, within the larger project Pressing Matter: Ownership, Value and the Question of Heritage in Museums.

Museum collections associated with missionary activity provide a productive entry point to explore the role of religion in shaping the materialities and trajectories of museum collections valued today as cultural heritage, as well as the types of knowledge produced from and around them, both in the past and in the present.

Following the conceptual framework of the WP, I will experiment with taking the notion of conversion as an analytical lens to problematise the practices of collecting and circulating of cultural objects within missionary activity, and explore its potentialities and limits. This entails thinking about the objects of conversion as historical and material traces of evangelisation in the colonial situation, as well as the conversion of objects, drawing attention to their plasticity and multiplicity, that is, their ability to become different things and to mediate between different cultural and religious worlds.

This research builds upon and expands my previous work on two collections associated with the activities of the missionaries of the Congregation of the Holy Spirit in colonial Angola, that are today in the National Museum of Ethnology in Lisbon and the Science Museum of the University of Coimbra, in Portugal. This work resulted in my PhD thesis, which I defended at the Institute of Social Sciences of the University of Lisbon in 2018.

In parallel, I am also working on a research project on the life and archive of a long-distance trader, António Francisco Ferreira da Silva Porto (1817-1890), who lived in the central highlands in the hinterland of Benguela during the nineteenth century. I initiated this research before coming to Utrecht, while I was a Postdoctoral Fellow at the International Studies Group of the University of the Free State in South Africa. 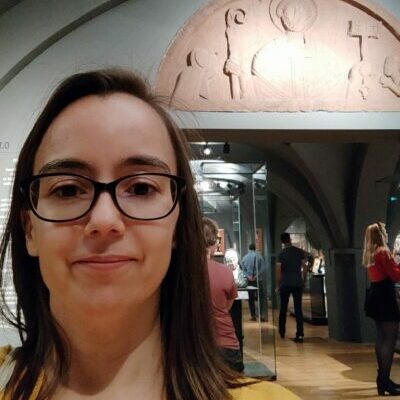