My research interest in anthropology and religion revolves around the role of bodily practices—such as physical exercise and discipline—and accompanied corporeal aesthetics in religious dedication, devotion, sacrifice, and self-realization. I aim to explore how bodily practices facilitate the sense of belonging in religious and political lives, and how they contribute to the mobilization of religious nationalism, such as Hindu nationalism. By focusing on religious and national belonging, I also want to investigate how bodily practices form a part of religious/national strategies of exclusion and inclusion, and how the mimesis and appropriation of bodily practices among different religious/ethnic groups entail conflicts and coexistence. I’m also fascinated with how people incorporate popular physical culture or sports into their religious engagement and spiritual cultivation, and how people’s dedication in bodily practices challenges the boundaries between “the religious” and “the non-religious.”

My PhD research focuses on the transformation of the images of Hanuman—the monkey deity in Hindu traditions—from a feral and furry monkey to a semi-human bodybuilding model with a non-feral, de-furred, and muscular body in modern India. Hanuman, as a symbol of strength, heroic power, and perfect devotion shared by both Hindus and Muslims across religious differences, is currently mobilized by Hindu nationalists to claim the supremacy of Hindu masculinity and to exclude Muslims. However, in the formation of Hindu nationalist identity through such a form of bodily practices, some ambivalences emerged. First, Hindu nationalist devotees of Hanuman recognize that the muscular Hanuman image was popularized mainly by a Muslim artist, while at the same time employing this image to exclude Muslims. Second, bodybuilding is a transcultural aesthetics initiated by Europeans and North-Americans, whereas Hindu nationalists employ the transcultural image of bodybuilding to exclude Western influences and convey national pride. This project aims to account for and theorize the ambivalences above. By theorizing such ambivalences, this project seeks to generate broader theoretical relevance by developing a framework that theorizes the dynamics between boundary-crossing and boundary-maintenance, globalization and localization, internationalization and nationalization. 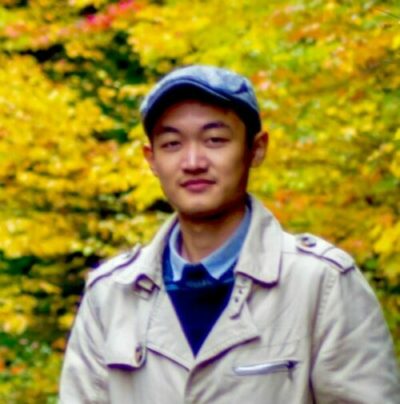 Zhao, Chunrong. “On the Ethnic Identity Characteristics of Jingpo Ethnic Group in Dehong Area.” In The Corpus of the Academic Symposium on the Inheritance and Innovative Development of Jingpo Culture and the 120th Anniversary of the Creation of Jingpo Characters, edited by Duoshi Dang and Kong Legan, 584-89. Kunming: Yunnan Minzu Publishing House, 2017.