I am a social-cultural anthropologist (PhD, 2008) with a long-held interest in the dynamics of religion, heritage, media, and material culture in postcolonial settings. Since 1995 I have done ethnographic research in Ghana and since 2006 also in the Netherlands. I am interested in how current frictions and negotiations around issues of religion, culture, heritage, race, and identity (whether in Africa or Europe) are situated in colonial encounters and entanglements.

For my doctoral research I studied the use of modern media by African Pentecostals and Neo-traditionalists in Ghana. I explored the relationships between Pentecostalism and African Traditional Religion in the context of Ghana’s liberalized media sphere and the country’s historical legacies of missionary Christianity, colonialism, and postcolonial nationalism. Focussing on two religious groups that pursue radically different decolonial agendas of Africanization, I showed how the ‘pentecostalization’ of the public sphere reconfigured the dynamics of religious coexistence, conflict, and entanglement. A core question was how images, objects, and sounds come to matter as ‘spirit media’ in human-spirit relations in different ontological traditions and their encounter.

I then studied the politics and aesthetics of cultural heritage formation in Ghana. A remarkable outcome was the revitalization and commercialization of African heritage as creative style among young urbanites, spreading via media and popular culture and closely connected to ‘global Africa.’ At the same time, in Ghana’s postcolonial and multi-religious context, the nature of heritage items is ambiguous and contested: things from the past may be valuable heritage to some and hold dangerous powers to others.

Turning my attention to Afro-Europe, I studied the social life of ‘African heritage’ in the Netherlands. Focused on vernacular heritage making by young Dutch people of Afro-Caribbean and West-African backgrounds, the study revealed the importance of material/aesthetic presence as central to Afro-Dutch projects of worldmaking, redressing historical loss and present-day exclusion. It also opened up a complex postcolonial dynamics of identification, valuation, and (re)appropriation that both reflects and decenters colonial frameworks.

My research in the Religious Matters framework investigates the lives and travels of museum objects acquired through missionary collecting in the Gold Coast/Ghana, and of the people connected to and through them. Collaborating with the Pressing Matter programme on colonial heritage in Dutch museums, I aim to provide in-depth knowledge about the provenance of obosom figures and other religious objects from Ghana in Dutch museums, the contexts and ways in which they were collected, described, and displayed, and the multiple meanings, values and powers they assembled over the course of their biographies. 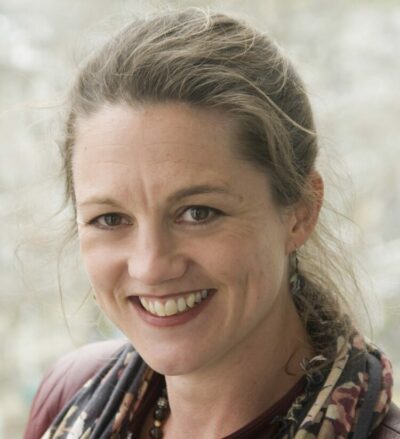