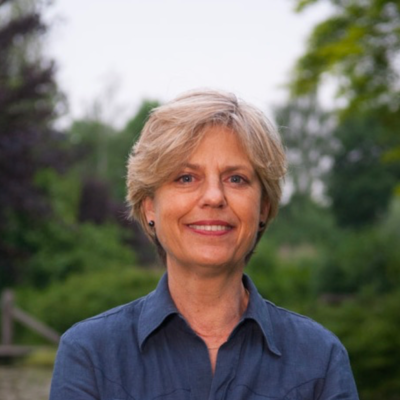 From 11 to 13 October 2017, the international research conference Religious Minorities’ Self-Representations: Claims of Difference and Sameness in the Politics of Belonging was hosted by the Department of Philosophy and Religious Studies at Utrecht University. The aim of this conference was to explore how dominant perceptions of specific religious minorities feed into the ways in which these minorities represent themselves and/or their religion. In a series of blog posts, different conference participants write about their research. In this blog, Dr. Annemeik Schlatmann discusses how some Dutch Shia Muslims struggle between ‘positively representing Islam’ and following specific religious rules.

Shia Muslim youth in the Netherlands: Balancing between ‘Islamic practice’ and ‘Dutch customs’ in everyday life

Young Dutch Muslims in their everyday social interaction with non-Muslims are often confronted with issues that urge them to find a balance between ‘Dutch customs’ and ‘proper Muslim behavior’. What to do if colleagues invite you to join them for a Friday afternoon drink to celebrate the start of the weekend? How to react to an outstretched hand at a job interview? How do young Shia Muslims deal with situations in which they are confronted with practices that are forbidden in the Shia tradition but firmly embedded in Dutch culture (and in Western culture in general)?

Shia Muslims who are striving for piety tend to follow the religious prescriptions of the most knowledgeable legal scholars within the Shia tradition: the grand ayatollahs. These religious authorities, residing in Iran, Iraq and Lebanon, are concerned about Muslims in the West neglecting their religious practices and losing their Muslim identity. They worry that their followers may feel pressure to adapt to the Western lifestyle due to being in a minority position. Hence, a central concern in the ‘codes of conduct’ that the grand ayatollahs publish for Muslims in the West is maintaining an Islamic identity and keeping up religious practices. Moreover, for the sake of the Muslim community, Muslims living in the West have the religious obligation to represent Islam in a positive way through active participation in society, by being truthful in words and deeds, abiding the law of the country, and by interacting with non-Muslims in a respectful and kind way.

In the Netherlands, religious practice is generally associated with the private sphere. While religious practices in public space can make people feel uncomfortable in general, Islamic practices in public space may evoke openly hostile reactions. In the aftermath of 9/11 and subsequent attacks on European territory, Muslims are met with much suspicion. Islamic practices are often considered a sign of lack of integration or of holding radical views. As a result, the obligations of correct religious practice and behavior on the one hand and positively representing Islam on the other, seem irreconcilable. This, however, has yielded space for Shia Muslims to make moral choices, which involve negotiation and reinterpretation of the regulations with respect to the Dutch context. Aliye explains the attitude of many Shia youngsters, stating:

Sometimes the way you represent your religion is more important than strictly following the rulings. Islam is not an inflexible religion. Nothing is black-and-white. It is rather very dynamic, very flexible. As is often said within our religion, it is the intentions that matter, and intentions are sometimes more important than the act itself. I have the intention to live according to the rulings and I really do my best. But when it is impossible, well, then it is impossible.

Representing one’s religion is only possible by actively participating in the society in which one lives and by interacting with the non-Muslim majority, is the widely shared view among young Shia Muslims in the Netherlands. However, in social life this involves being faced with awkward situations. By far the most sensitive point for those who attempt to follow religious rulings strictly is the Dutch custom of shaking hands. Religious regulations say that Muslims should refrain from any physical contact with members of the opposite sex who do not belong to the family. A handshake is such an impermissible contact. The underlying rationale is that immediate skin-to-skin contact might arouse sexual feelings.

What makes it such a sensitive topic is the Dutch emphasis on the importance of handshaking. In the fall of 2004 a controversy arose about not shaking hands by Muslims after an imam refused to shake hands with the Minister of Immigration and Integration, Rita Verdonk. Coverage of this incident in the media brought this Islamic practice under the attention of the Dutch public, mostly negatively. More recently, in de running up to the 2017 elections, the Dutch Prime Minister Mark Rutte wrote an open letter to all residents of the Netherlands in which he called on everyone to ‘act normal’. ‘In the Netherlands it is normal to shake hands and treat each other equally.’ Similarly, the Dutch Minister of Health, Edith Schippers, said in a public lecture in September 2016: ‘In the Netherlands we shake hands. This act represents equality.’ From shaking hands as a sign of respect it has by now become a matter of identity and shared values. The meaning of the practice has become that anyone who does not shake hands is thought to turn his or her back on Dutch society and to be an outsider.

Handshaking is for my interlocutors a daily recurring, inevitable personal confrontation between Islamic norms and western social practices. Abbas, one of my interviewees, said: ‘In this country shaking hands is a sign of respect, whereas with us, not shaking hands is a sign of respect. How to explain this over here?’ The effect is that all Shias I got to know do shake hands with Dutch people. However, the Dutch will not notice the internal struggle that goes with it. An insight into the personal considerations of my interviewees – serious practitioners – in their decision to act in contradiction with the religious prescriptions, shows that Shia Muslims have different ways to justify their way of acting.

My conversation with Amina reveals several aspects of the struggle and the way of reasoning and decision making:

Shaking hands is a difficult issue, well, it once was a difficult issue for me. Although I try to live strictly according to the religious rules, I made the choice to shake hands, knowing that it is in fact against the principle of my religion. But with my new job I constantly meet new people, and I would be willing to explain my point but people just do not understand. They see it as a rejection, and that makes me very sad. In the Muslim world we always say salam, which precisely means peace. I want to start a conversation with peace, and I do not want to hurt people. So I do not see another solution but deviating from the religious ruling. My religion means everything for me, but this handshaking is so deeply rooted in the manners here.

Amina decided that her intention, a friendly greeting, deserves priority over the religious rule, which would lead to misunderstanding. Amina continued by explaining the meaning of the ruling:

I should not shake hands. There should not be physical contact. Over here, shaking hands is a way of greeting, and only that is highlighted in Dutch debate, but at the same time it is a form of skin-to-skin contact between a man and a woman, which is simply forbidden in Islam.

She pointed out that in the Dutch public debate, the Islamic religious motivation against the practice of handshaking is completely bypassed. Then, Amina addressed the misunderstanding regarding equality:

This rule equally counts for male Muslims. Many Dutch people think that in Islam a woman is inferior, and that men do not shake hands with women for that reason. But that has nothing to do with it! It has to do with sexual attraction.

Because the practice of shaking hands is perceived in opposite ways by Muslim practitioners and Dutch people, Amina ultimately decided to act against Islamic rulings, but in accordance with the duty of representing Islam as a peaceful religion.

I also met Shia youth who contextualize the act of handshaking by comparing the Dutch and the Islamic meaning of the practice. Sarah explained the difference in meaning of shaking hands from the Muslim and the Dutch perspective as follows:

Religious rulings are clear, so there is no doubt about the impermissibility of shaking hands, but at the same time I feel no doubt. … In the Netherlands, one cannot refuse an outstretched hand. Then you ask for huge problems. … Look, in Iran shaking hands has a different meaning. Here it is just routine, one forgets the persons one shook hands with. Only when you do not consider it routine you put an emphasis on the act. That gives it meaning. Our society is organized differently. If there is no other way, a Muslim should choose the best option by not making a fuss of it.

For Sarah, it is precisely the aspect of routine that makes the Dutch act of handshaking different from the Islamic meaning of that same act. She therefore reasons that religious regulation assumes other intentions than one encounters in daily Dutch life, which gives her leeway to apply the rule as she deems appropriate in the given circumstances.

Some of my interviewees had deliberately decided to take the initiative to always shake hands in encounters with Dutch people. Their decision to do so was motivated by the desire to counter the representation of Islam as a hostile religion. Yasmina was one of them. She had a very clear image in mind of how she wants to represent Shia Islam:

I just want to show that we are open to others. I really do not want Dutch people to link Islam with the television images of the man who refuses to stand up in court or of the imam who did not shake hands with the Dutch Minister. I regret such a way of acting. I shake hands. Shaking hands is a normal thing here. We are living in the West and we should demonstrate that we are willing to adapt when possible. I want to show that it was inappropriate behavior of the imam we saw on television.

Yasmina learned from her mother that being friendly to Muslims and non-Muslims, being open to others and not making distinctions between people is the most important in Islam. Shaking hands in Yasmina’s view belongs to this open attitude. It has become increasingly important for her as a way to counter negative representations of Islam.

My research reveals that Shia Muslims also in other situations became used to balancing between ‘Islamic practice’ and ‘Dutch customs’ in order not to be ‘othered’, and to represent Islam as a tolerant and peaceful religion. More about this can be read in my dissertation ‘Shi’i Muslim youth in the Netherlands; Negotiating Shi’i fatwas and rituals in the Dutch context.’

The names of the interviewees in this article are pseudonyms.