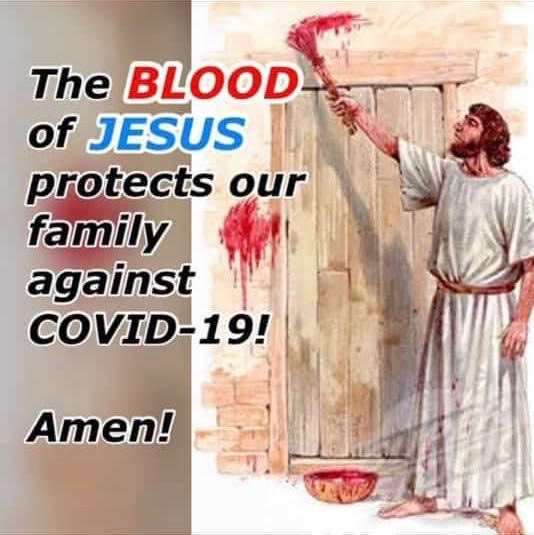 Dealing with a Spiritual Virus: Whither the Prophetic?

The religious approach that some Africans have taken to Covid-19 started coming to my notice when a WhatsApp post featured C.O.V.I.D as an acronym for: “Christ Overcomes Viruses and Diseases.”  Questions relating to where God was in the outbreak of the Covid-19 pandemic are rife in African public discourses.  Many have taken a swipe at charismatic prophets for their inability to predict it when it came so early in the year. Africa’s main prophetic season is the December final day Watchnight Services where the prophets break up the powers of past demonic forces and prophesy prosperity on people, even predicting whose life was going to be calamitous. The fact that most of the personalities to face misfortune tend to be high profile public figures has led to suspicions that these so-called prophetic utterances are nothing but prophetic blackmailing for material gain.

In other words, Africa’s prophets behave in similar fashion to those cast as false prophets in Jeremiah 23 for telling the Kings of Judah what they wanted to hear for royal favors. Public figures panic when they see evil coming and run to the prophets with material gifts for “powerful prayers” for God’s intervention. Since the beginning of March 2020 when the world actually started taking the outbreak of Covid-19 more seriously, prayers and sermons in churches have been directed at dealing with it. In Ghana, there was a national Prayer Breakfast meeting hosted by the President Nana Akufo-Addo for Christian pastors.  This was followed by one hosted for imams by the Muslim Vice-President.  In both cases, religious leaders were asked to pray for God’s mercy and intervention.

The spiritualization of the pandemic has been given a very public face.  I was struck that Ghana’s most widely known public newspaper, the Daily Graphic adopted a completely religiously tone in its editorial of Friday, March 27, 2020.  The editorial was titled “Seeking the Face of God in Trying Times.” It threw its full weight behind the government sponsored Prayer Breakfast Meetings noting: “we find this posture of fasting and praying by the government and the people commendable.”  It even suggested that “we may even have it bi-annually instead of it being a one-off event.”

What was even more striking that in this editorial the newspaper shared the theory that there was perhaps a correlation between the sins of Ghanaians and infliction of the pains of coronavirus on the nation:

”As a nation, it seems we have all sinned and come short of the glory of God.  The church and Mosque, as a body, cannot escape blame in this whole enterprise of abomination.  It is time to do away with injustice. We believe that together, if we are sincere and show gratitude enough to Him who deserves it (in Luke 17:17, he actually demands it), He will open the Heavens and answer our prayers.”

In other words, the Daily Graphic posited that the coronavirus spread, at least its Ghanaian episodes, have occurred because like the nine lepers who refused to show gratitude to Jesus after their healing, Ghanaians have been ungrateful. If we take the submissions to their logical conclusion, then a public secular newspaper suggests that Covid-19 is a curse for the spirit of ingratitude to God.

One of the people who has taken the matter up—that is, the spiritualization of the crisis—in his ministry is the charismatic figure, Archbishop Nicholas Duncan-Williams of the Action Chapel International. In a sermon, he defines the virus in spiritual terms as follows:

“The coronavirus is a name, a person without body and in the name of Jesus, as we bow our knee and we pray, this plague, pestilence and virus will bow the knee and stand down and go back to where it came from.”[1]

With these words, the charismatic archbishop set the tone for a spiritual onslaught against a virus that in the Pentecostal/charismatic worldview is akin to an evil spirit.  In charismatic prayer, evil is uncompromisingly rejected and denounced, and categorically doomed to ultimate destruction and eradication.  In the African context where the reality of evil is part of the general worldview of life, much energy and resource is dedicated to fighting evil and the appropriate ritual contexts are created for doing exactly that, that is, through prophetic prayers: denounce, hoot at, reject, cancel and verbally resist the presence of evil in society and human life.

A number of religious messages and short videos of a religious nature started circulating on social media platforms at the onset of the Covid-19 pandemic.[2] A large number of these videos and pictorial images are either meant to be educative or, in most cases, to assure Christians in particular of God’s ability to deliver his people in times of crisis.  There is one image that combines the Old Testament story of the blood of the Passover Lamb and the new Testament idea of the blood of Jesus as protective of God’s people.  We see in that picture an image of a compliant Hebrew man painting the blood of his Passover lamb on the lintels of a closed door.  The words accompanying the image are “the blood of Jesus protects our family against COVID-19! Amen!”.

Another individual concerned that the practical suggestions for physical distancing was not being properly followed has responded to this post with a social media caution:

”Recognize that even with the blood on their door posts,
they still had to stay indoors.
None came out to take selfies with the Angel of death
…Do not put the Lord your God to the test.”

On the evening of Saturday March 21, 2020, I received a videoclip that I thought belonged to an entirely different category (internet link, and see the interview). It came from a Ghanaian friend resident in the USA.  It was a clip featuring a young woman, chastising Ghana’s prophets for their inability to foretell the outbreak of the coronavirus.  “You are all false prophets,” the young woman says in the video, “and the Lord has exposed the falsity of your prophetic predictions.”  The video then addresses the prophets directly:

”You see how you have all lost your prophetic voices in these times of crisis?  Where is the God that you claim reveals to you the deaths of prominent citizens during Watchnight Services?  It was only a few months ago that we celebrated Watchnight Services and God did not reveal to you that some two months after that a virus was going to wreck such havoc on Ghana and the world?  You must be ashamed of yourselves, you false and dubious prophets…”

To place this prophetic chastisement into some perspective, Ghana has in the last few years seen the rise of quite a number of charismatic Christian figures claiming a prophetic call and mandate from God.  The prophetic ministry has always been a key feature of Christian religious innovation in Africa.  This has been so since the early 20th century with the rise of the Aladura movement and Spiritual churches.  Many of them emerged in the wake of the 1918 influenza pandemic that also killed so many people around the world.

David K. Patterson for instance reports that during the 1918 influenza epidemic, some saw “the Hand of God at work in the epidemic and an open-air prayer meeting” was called to deal with its effects.[3] Lamin Sanneh reports how in this worldwide influenza epidemic, an indigenous Christian prophet from Ijebu-ode in Nigerian, Joseph B. Shadare formed a prayer group that offered “spiritual help” against the plague.[4]

What we have here then is that with the reinvention of the prophetic within contemporary charismatic Christianity, some of them—the general public feeling seems to suggest—could have predicted the coming of the coronavirus.  One of the most hilarious posts on social media takes a dig at Africa’s most well-known healing evangelists and prophets by bringing together a collection of their images with the note that they are waiting for the pandemic to pass and then start organizing healing services!

It is an ingenious way of questioning the credibility of the charismatic claims that have often been inflicted upon Christian Africa in search of breakthroughs to problems associated with evil.[5]

J. Kwabena Asamoah-Gyadu is Baeta-Grau Professor of Contemporary African Christianity and Pentecostal/charismatic Studies at the Trinity Theological Seminary, Legon, Ghana.  He is also currently the President of the Seminary and Director of its Center for the Study of Christianity in Africa.

[2] See, for example, “Vaccine and immunization for coronavirus discovered in Nigeria by Prophet Dr. David Kingleo Elijah, videopost on March 20, 2020, at facebook.com/kingleo.david

[5] With thanks to Jeff Korum for alerting me to some of the images.