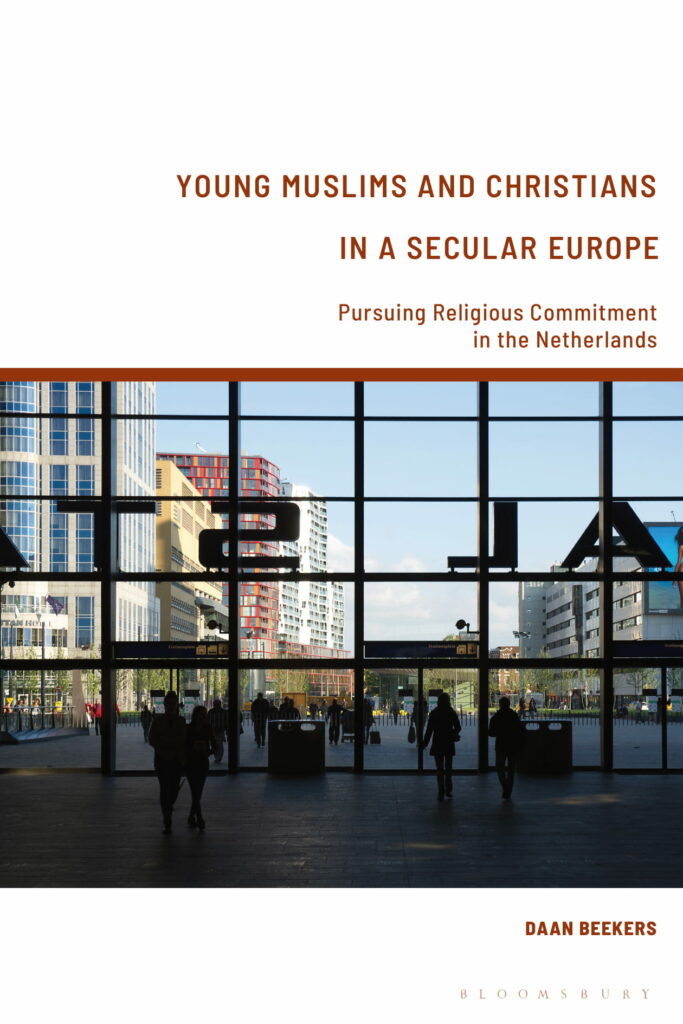 Daan Beekers’s book Young Muslims and Christians in a Secular Europe: Pursuing Religious Commitment in the Netherlands has just been published with Bloomsbury. Engaging with debates about lived religion, pluralism, and secularism, this book presents an ethnographic study of committed young Muslims and Christians in the predominantly secular context of the Netherlands. Daan Beekers breaks with conventional frameworks that keep these groups apart by highlighting the common ground between revivalist-minded Protestant Christians and Sunni Muslims.

Based on in-depth fieldwork, Young Muslims and Christians in a Secular Europe shows that these young adults embark on reflexive projects of cultivating personal faith that are rife with struggles, setbacks, and doubts. Beekers argues that this shared precarious condition of everyday religious pursuits is shaped by young believers’ active participation in today’s high capitalist and largely secular society where they encounter other modes of imagining and living in the world. Yet he reveals that this close engagement with secular culture also fosters a reinvigorated religious commitment that demands constant care and nourishment.

Written in a clear and accessible style, this book reaches beyond longstanding divisions in the study of religion in Europe. It both provides rich insights into everyday religious lives and disrupts persistent binary oppositions between categories such as minorities and majorities, migrants and natives, and Islam and the West.

For more information and how to order the book see here.