Past positions: Research and Teaching Assistant, Institute of African Studies, University of Ghana

I hold a Bachelor of Arts degree in History with Religious Studies and a Master of Philosophy in African Studies (with a focus in History, Religion and Development). Both degrees were obtained from the University of Ghana, Legon. My MPhil thesis which was based on archival and ethnographic study concentrated on cocoa, community and the politics of belonging in the Western Region of Ghana. I examined the politics that is associated with cocoa farming in rural communities. I specifically focused on competition and conflicts centered on land, social inequality and contestation over belonging, local citizenship and electoral politics. The study explored the dynamics of accumulation and impacts of investment in cocoa farming on the commodification of land and relations between migrants who acquire land and indigenes who allocate land and in the end suffer from landlessness. I further examined the daily implications of the commodification of land for social and political relations in rural communities in Ghana. Since 2011, I have been conducting archival research in Accra and Koforidua as well as fieldwork in the Western and Eastern Regions of Ghana with a focus on land, the environment, religion and politics; youth, religion and electoral politics and their connection to rural development in Ghana.

In the past few decades religion has mostly been discussed as a problematic category with the proclivity of causing social divisions. These fears are predicated in the light of the current rise of Reformist Islam and Pentecostal/Charismatic Christianity, as well as the sudden upsurge of the so-called African Traditional Religions in the public sphere, and the competitions that arise among these traditions at different instances.

As part of the Religious Matters in an Entangled World Project, my research seeks to address the contrary by examining and demonstrating how everyday religious encounters in diversifying societies serve as a powerful source of social bonding and solidarity across social divisions. I explore this aim within the wider context of the spatial and material regimes that underpin everyday life in the multi-religious neighbourhood of Madina. I also intend to show that local religious traditions in other to meet their local needs, successfully engage with one another, on the one hand, and with local institutions, on the other, and that these encounters further create locally grounded networks.

I will explore the spatial mediation and the material dimension of daily religious encounters in Madina. My research is concerned with how spaces that are used by all shape social relations by inhibiting and at the same time facilitating certain forms of encounters. Hence, I examine how conflicts are framed and relations are made, remade and unmade in these daily encounters as a form of intercommunality within these spaces.

I situate my research in Madina as multi-ethnic and multi-religious contact zone within the capital city of Accra. In this contact zone, I use as my entry point three strategic areas — lorry parks, football fields, and markets — where everyday encounters take place and tensions arise between practitioners of Islam, Christianity and Traditional Religions. In examining encounters within these spaces, I analyze space as a common ground, which may not be managed by all, but remains accessible to all, and thus clearly articulates, encourages and typifies new forms of social relations and communality. The study focuses on lived religion in these daily encounters. Using a material approach, I examine the usefulness of dimensions such as the body, sounds, images, clothes, and relics to shed light on how religious practitioners actually do religion and relate to the religious other in their daily lives within these common grounds. 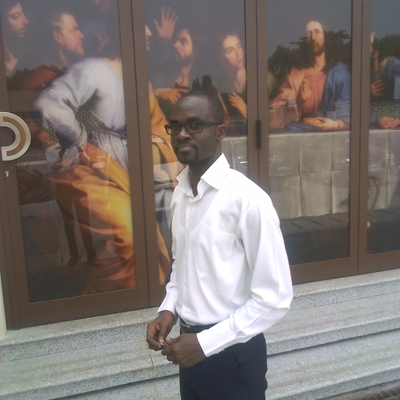 1.  J. Fosu-Ankrah.2015. “Cocoa, Community and the Politics of Belonging in the Aowin Suaman District in the Western Region of Ghana 1962-2008”. MPhil Dissertation, University of Ghana.

Pandemic, Prophets, and Policies: Religio-satirical Framing of Fear in the midst of ‘Corona’ in Ghana