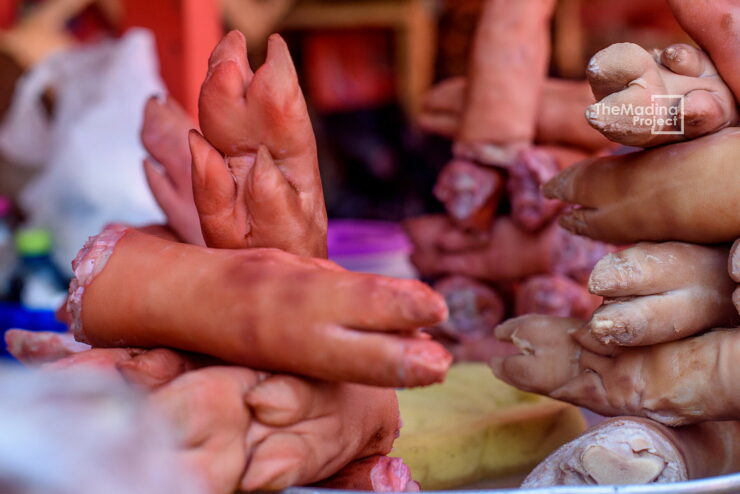 Madina is a multi-ethnic and multi-religious neighborhood in the North of Ghana’s capital Accra. It is situated on the territory of the Ga-people, whose open attitude towards hosting strangers on their land has been central for generating wealth. The name Madina (Arabic for city) emerged in the 1950s, when a substantial number of Muslims from Northern Ghana started to settle in the area (Ntewusu 2020). Before then the community was known as Nkwantanang, meaning cross-roads or junction in Akan. While Muslims form the majority of the more than 135.00 inhabitants that populate Madina today, there are also many Christians, as well as practitioners of African indigenous religion.

With many inhabitants coming from other African countries and goods on offer from many parts of the world, Madina has a cosmopolitan vibe. Religion is virtually omnipresent, through buildings, images and sounds. Madina offers a fascinating case to study modalities of co-existence across religious, ethnic and other differences. How do people of different religious backgrounds manage to live more or less
peacefully in the same place? Our Madina research project investigates such modalities at the level of everyday life. Our research shows that it would be mistaken to think about religious and ethnic groups as separate, bounded entities that subsequently coexist with each other. Instead we conceptualize Madina as
a place in which its inhabitants are entangled in multiple ways, negotiating their own goals, practices and identities in the light of the presence of others.

This approach has yielded four dissertation research projects that focus on the in-between spaces in which such negotiations take place. Here the materiality of religion is of crucial importance, both conceptually and methodologically. Matters such as the shrine of a deity in the midst of the market, the presence of pork, the wearing of hijab or the display of a white naked dummy in front of a beauty salon
trigger debate, moving people out of their comfort zone. The four essays presented in this section unpack modalities of co-existence through their respective research sites. Joseph Fifii Fosu-Ankrah shows that, notwithstanding Muslims’ and Christians’ dismissal of indigenous African religion, they cannot help but accept the ‘planting’ of the Kla deity which is the spiritual guardian of a newly built market; both
traders and customers must obey the regulations that organize human relations in the market. Focusing on the sale of pig feet—haram for Muslims—that are imported from Europe into the Madina market, Rashida Alhassan Adum-Atta unpacks how Muslims develop strategies of keeping distance and avoidance with regard to the, for them, disgusting presence of trotter. Studying how a Pentecostal hospital situates itself in a majority Muslim neighborhood, Martin Luther Darko focuses on the hijab. It forms a major bone of contention, as a new hospital policy denies Muslim nurses the right to wear it, thereby raising issues about the freedom of religion guaranteed by the Ghanaian constitution. Lastly, Kauthar Khamis takes the presences of white dummies that showcase the latest fashion as an entry point into convergent ideas
about the mortality of beauty among pious Muslim and Christian women. Taken together, these vignettes offer compelling insights into the negotiations of Madina’s inhabitants vis-à-vis items that potentially challenge their own convictions, coming up with multiple possibilities of dealing with them that range
from grudging acceptance, avoidance, and calls for removal. Clearly a focus on material religion leads right to the core of modalities of co-existence in Madina, and other plural configurations.

The four essays are:

The introduction is written by Birgit Meyer and Samuel Aniegye Ntewusu and can be accessed here.