Skip to content
Religious Matters » Blogs » Freedom of Religion under pressure in times of a Coronavirus-crisis? Some considerations on Germany and the Netherlands
Twitter 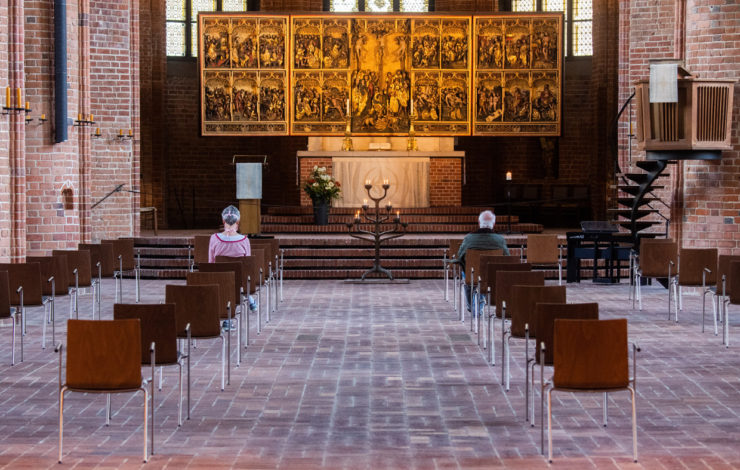 Freedom of Religion under pressure in times of a Coronavirus-crisis? Some considerations on Germany and the Netherlands 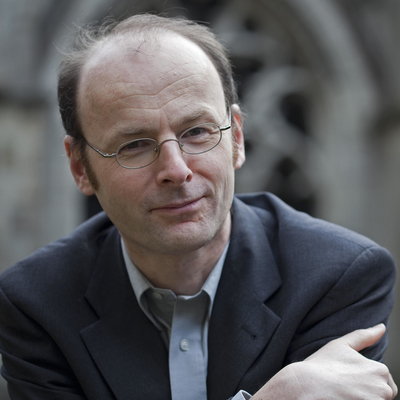 As a response to the spread of SARS-CoV-2 (in the following Coronavirus), many governments, including those of Germany and the Netherlands, took temporary measures to slow the spread of the Coronavirus. The measures included bans on gatherings of people, including religious ceremonies. In Germany, religious people could not come together in houses of worship, not even to commonly celebrate important religious holidays like Pesach, Easter, or Friday prayers during Ramadan. In the Netherlands, however, an exception was made that allowed religious gatherings of up to 30 people. The strict regulations in Germany as well as the slightly more lenient in the Netherlands were criticized as illegitimate and unjust, albeit from different perspectives.

As for the Netherlands, Tim Bouwhuis describes the criticism voiced by the mayor of Rotterdam Ahmed Aboutaleb and by TV celebrity and comedian Arjen Lubach, who both rejected the exceptions made for religious ceremonies from the general ban on gatherings. In Germany, on the other hand, some religious people and organisations appealed to the Federal Constitutional Court for injunctions against Conoravirus-related measures that prohibited, as implication of general regulations, church services, and Friday prayers during Ramadan.

Could this be seen as an instance of state power unduly infringing upon a fundamental liberty (in Germany), or of the failure of the state to ensure that all members of society, irrespective of religion or belief, contribute to protecting the health especially of vulnerable people? Or does this, perhaps, even illustrate what Giorgio Agamben calls a country’s “political and ethical collapse in the face of an illness”, an “abdication of our own ethical and political principles” – moral and political equality and freedom of religion respectively – “solely in the name of a risk that it was not possible to specify” (Emphasis in original, but Agamben’s claims and questions are not explicitly related to freedom of religion)?

All of these questions, I suggest, can be answered in the negative, which is demonstrated by two recent decisions of the Federal Constitutional Court of Germany.

(1) On 10 April 2020, the Court rejected a complaint filed by a Catholic Christian from the state Hesse, who claimed that Coronavirus-related measures gravely violated his freedom of religion (call this case Catholic v Hesse). This was indeed confirmed by the Court, but the judges ruled that this restriction was legitimate, since in the particular circumstances of the Coronavirus-pandemic, religious gatherings would increase the risk that the virus is spread. The dangers related to that would not only affect people voluntarily participating in church services, but also others and given that situation, the protection from threat to life or physical condition had to override freedom of religion. The Court emphasized, however, the temporary character of Coronavirus-related measures (in the form under discussion in effect until 19 April 2020), and urged state authorities to re-assess the necessity and proportionality of restrictions of the right to freedom of religion as soon as the development of the crisis allowed that, so as to grant (possibly regional) exceptions. It was also emphasized that the same applied to other religious communities as well, since religious gatherings could be essential for them too.

(2) On 29 April 2020, the Court decided in favour of an Islamic association in Lower Saxony members of which also claimed that their freedom of religion was infringed upon (call this case Islamic association v Lower Saxony). An important difference to Catholic v Hesse is that by the end of April 2020 (when Islamic association v Lower Saxony was decided) less strict Coronavirus-related measures were already in place in Germany that allowed the opening of smaller shops and stores. The state Lower Saxony, however, still prohibited all religious gatherings, arguing that the hazard potential (Gefährdungspotential) of religious gatherings, potentially involving singing and praying loudly, was higher than that of shops and stores. This was rejected as a general claim by the Federal Constitutional Court, ruling that it must be possible to grant exceptions for religious gatherings if a religious community can demonstrate that and how they take sufficient precautionary measures.

The situation in the Netherlands differs from both (1) and (2), since in the Netherlands an exception was made for religious communities and justified by Prime Minister Mark Rutte with reference to the right to freedom of religion. Rutte reportedly argued that he had to make this exception because of Article 6 of the Constitution of the Netherlands protecting freedom of religion or belief, even in times of the Coronavirus-pandemic. It can be doubted whether the Dutch government actually and necessarily had to grant this exception, because as any other right, the right to freedom of religion is not ‘absolute’. Rather, it can be limited under certain circumstances; Article 9 of the European Convention of Human Rights, for instance, states this very clearly:

“1. Everyone has the right to freedom of thought, conscience and religion; this right includes freedom to change his religion or belief and freedom, either alone or in community with others and in public or private, to manifest his religion or belief, in worship, teaching, practice and observance.

Article 9.2 defines criteria for possible limitations of the right to manifest one’s religion or beliefs; in the case of the Coronavirus-pandemic both health and the rights of others could, under certain circumstances, justify bans on religious gatherings as it was the case in Germany. And indeed: shortly after the ban on religious gatherings was lifted in Germany, health authorities in Frankfurt am Main confirmed that a cluster of more than 100 Coronavirus infections in the Frankfurt area has been linked back to one church service of a Baptist community; members of the church had practiced physical distancing, but sang together loudly and not all people present wore face masks. Consequently, authorities in the state of Hesse where Frankfurt am Main is located, reintroduced stricter regulations for religious gatherings.

Exceptions from otherwise valid rules and regulations, such as those made in the Netherlands for religious gatherings of max. 30 people, are not crazy or outrageous (krankzinnig), as asserted by Arjen Lubach (see Bouwhuis), but instances of accommodation that “involves shaping laws, rules, or codes in such a way that they carve out a space for those with deep conscientious convictions, usually religious ones.” (Seglow 2017, 177.) Such religious accommodations exist in the Netherlands, but they are controversial, which is exemplified by recurring controversies about unstunned slaughter of animals for food production (Jewish shechita and Islamic dhabihah respectively). The reference to “conscientious convictions” in Seglow’s definition of (religious) accommodation might be understood as suggesting a ‘Protestant’, belief centred understanding of religion (see the ‘Protestant critique’ of the critical religion challenge in Laborde 2017, 21-24; Laborde 2020, 60-61). However, liberal egalitarianism (see Laborde 2020, 62-68), and Cécile Laborde’s disaggregation approach in particular (see Laborde 2017; Laborde 2020, 68-70) can solve this problem: ‘religion’ is not special and does not deserve special protection. Rather what needs to be accommodated (within certain limits, of course) are “integrity-protecting commitments” that define people’s self-understanding – be they ‘religious’ in a traditional sense (e.g. involving relations to transcendent and/or supernatural beings) or non-religious (e.g. for freemasons or atheist-humanist pacifism). Moreover, and importantly, the right to freedom of religion is not “the cultural equivalent of the conservation of species threatened with extinction”, as Jürgen Habermas famously put it (Habermas 2008, 138) – an understanding that often seems to lurk in the background of anti-religious criticism voiced by assertive secularists. Rather, it protects the liberty of persons to have their religion or belief and to individually as well as collectively practice their religion or non-religious worldview.

Courts and public debate demonstrate that it is complex and not always easy to define the scope of freedom of religion or belief, and even more difficult to define legitimate restrictions of this human right. This applies especially to circumstances where we cannot fall back on proven and tested routines or regulations and where available information is uncertain – or to put it with Agamben, when decisions have to be taken “solely in the name of a risk that it was not possible to specify.” This does not mean, however, that under such conditions individual liberties necessarily and in all instances trump all other considerations. Other developments call for precautionary principles as well, such as climate change, loss of biodiversity, problems related to nuclear energy, and weapons of mass destruction. The fact that many governments largely follow short-term economic considerations rather than ethical interpretations of the precautionary principle (including taking into account rights of future generations) should make us more concerned than the fact that some governments decided not to do so in the case of the Coronavirus-pandemic.

Cécile Laborde’s Liberty in the Time of Corona allows us to reconstruct the normative structure of legal negotiations about bans on religious ceremonies and gatherings:

Liberty as non-domination is a structural and relational quality that is related to people’s political status and standing in society. This status is fragile and far from being realised for all, including members of minorities, economically marginalized people, children, disabled people, some would argue members of future generations, people who are not members of our society, but still affected by of our conduct, our policies, and so forth. The global Coronavirus-crisis foregrounds this in a number of ways, since both virus-infections and the (limited) lockdown have “hugely unequal effects” (Laborde): in general, relatively well off people with access to advanced health care, holding secure jobs that can often be done from well-equipped home offices – including the author of this text – are in a very privileged situation in comparison to refugees, economically marginalised people, single parents (most often mothers), homeless people, people in precarious employments situations, and so forth. Many of our students lost their jobs, some cannot pay the rent for their rooms and are desperate because of pending tuition fees. Liberty as non-domination is not only relevant in relations and interactions between citizens and the state, but also in the family, at the workplace, and so forth. (I present this primarily in economic terms, here, but more dimensions are involved, including gender, ethnicity/race, age).

Restrictions of freedom of religion must not be played down but justified with reference to normative principles of equal status. They can be introduced only as temporary measures and once they are in place, they should be thoroughly and continuously examined with respect to their necessity and proportionality. At least with respect to the cases discussed in this paper, however, they should not be conflated with a country’s ethical and political collapse in the face of an illness.

This text was inspired by readings for a colloquium of the Religious Matters research group and written as position paper for discussion in the group.

This project has received funding from the European Union’s Framework Programme for Research and Innovation Horizon 2020 under the Marie Skłodowska-Curie Grant Agreement No. 665958.