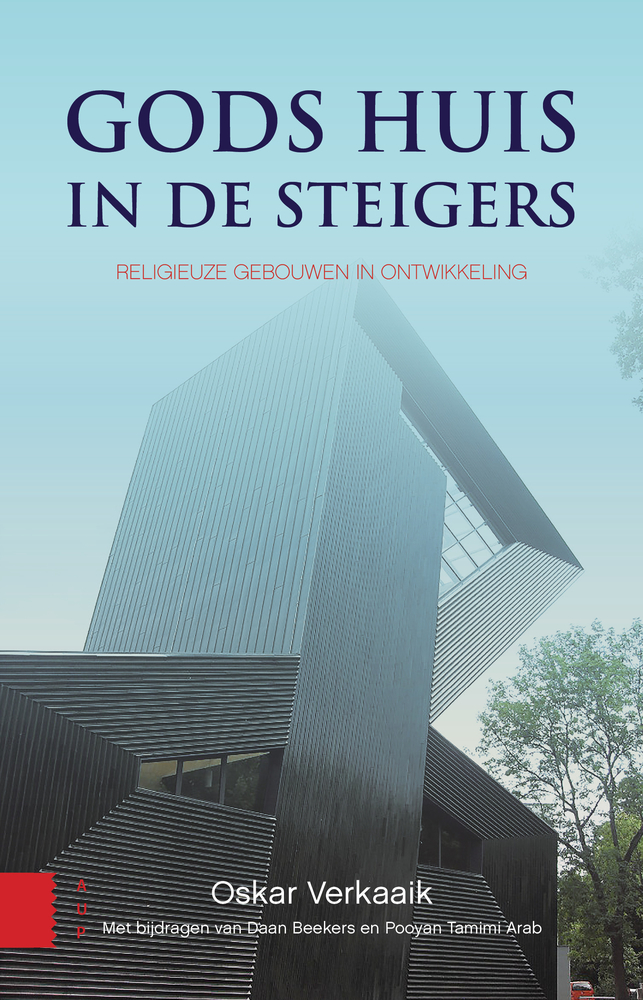 On May 30th 2017 the book “God’s house in Scaffolding” (translation of “Gods huis in de steigers”) by Oskar Verkaaik, Daan Beekers and Pooyan Tamimi Arab was released, published by Amsterdam University Press.

Controverses about new mosque buildings, restoration of pre-war synagogues, re-destination of empty church buildings: all these discussions about religious buildings tell us a lot about the changing role of religion in Europe. This book investigates discussions like these. Why are new synagogues in Germany really modern while new Western mosques are often very conventional? Are church buildings symbols of Christianity or just icons of secularization? How do you materialize the modern need of citizens for silence and why do neighborhood residents experience a new mosque often as visual noise?

In eight essayistic reports, three anthropologists explore the contemporary religious architecture and develop an original vision on the dynamic religious landscape in the Netherlands and beyond.

This book offers an anthropological view on the contemporary experience of religion in the Netherlands and Europe, on the basis of ethnographic reports on the building, demolition and re-destination of mosques, synagogues and church buildings.

Oskar Verkaaik (anthropologist UvA) is main author of the book. Pooyan Tamimi Arab (religious studies UU) contributed one chapter about the ‘mega mosque’ as a recurring style figure in discussions about new mosques in the West. Daan Beekers (religious studies UU) wrote a chapter about the discussions and emotions about the “recycling” of church buildings, specifically about the catholic Chassé church (now the Chassé Dance Studios). A second chapter he wrote is about the Fatih mosque (former Catholic church De Zaaier) in which Beekers deals with multiple re-destinations of a building and the imaging of the idea of the ‘shelter prayer house’.

Beekers’ chapter about the Chassé church is online available via this link.

The whole book can be bought here.