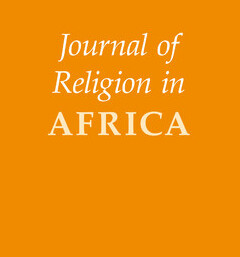 The open-access article ‘Is Giriama Traditionalism a Religion? Negotiating Indigenous African Religiosity in ‘Interfaith’ Cooperation in Coastal Kenya’ written by Erik Meinema has just been published by Brill in the Journal of Religion in Africa. Click here to download the open-access article.

This article explores how Giriama elders represent their ‘traditional religion’ (dini ya jadi) through ‘interfaith’ cooperation with Christians and Muslims in the coastal Kenyan town of Malindi. Based on extensive ethnographic research, the article analyses how Giriama Traditionalism relates, in complex and ambivalent ways, to normative assumptions and ideals with regard to what religion entails, and in turn how Giriama elders seek recognition as representatives of a religion in this setting. Such claims are made in a context where Christians, Muslims, and state actors sometimes doubt whether Giriama Traditionalism is worthy of being called a ‘religion’ at all. The article demonstrates that although in the context of interfaith cooperation Christianity, Islam, and ‘Traditionalism’ are formally recognized as equal religions, this does not necessarily create a level playing field. Instead, it requires Giriama elders to appropriate terms, norms, and ideals that are not necessarily of their own making in order for Giriama Traditionalism to be recognized as a religion. Through this analysis, the article aims to contribute to theoretical debates about religious diversity in African contexts by demonstrating how negotiations about what properly counts as (good) religion in coastal Kenya are deeply informed by the copresence of Christianity, Islam, and indigenous African religiosity in one religious field.