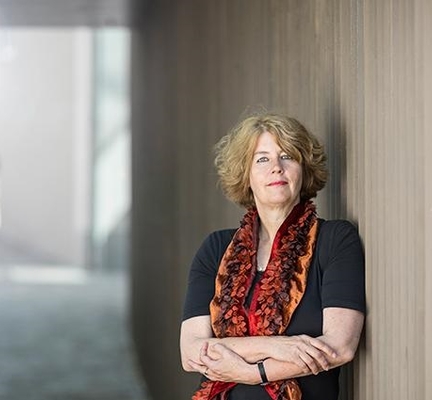 The Politics of Heritage and Culture

Concluding remarks to the Annual Conference “Making, Sustaining, Breaking – The Politics of Heritage and Culture” (University of Heidelberg, October 12-14, 2016). It was organized by the Cluster of Excellence “Asia and Europe in a Global Context“ (Heidelberg), the Forum Transregionale Studien (Berlin) and the Max Weber Stiftung – Deutsche Geisteswissenschaftliche Institute im Ausland in collaboration with the German Archaeological Institute (Berlin).

Cultural Heritage is subject to much scholarly work and societal debate. Distinctive about this well organized (thanks to Monica Juneja and her team), stimulating conference was both the transdisciplinary set-up, involving anthropologists, archaeologists, art historians, historians and museum studies scholars, and its transregional or, as one would put it in Heidelberg, transcultural orientation. Organized over 2,5 days, the conference included two keynote lectures, several plenary panels, parallel sessions and a concluding roundtable. For me it was a highly engaging event through which I learned a lot, especially by listening to colleagues from other disciplines than my own (anthropology and religious studies) and to speakers playing a more active role in heritage policies than scholars usually do. I believe that my own sense of excitement was shared by many participants. Reflecting on the conference, I would like to spotlight three issues.

One, across the various disciplines “heritage“ was analyzed as a frame that vests objects and sites with a particular value and marks them as worthy of being preserved. The constructive use of this frame depends on the power to bestow value on certain things, not others – and hence making and preserving heritage is a question of politics and aesthetics. Enframing objects and sites as heritage implies a striving to prevent their decay, destruction and modification, thereby “freezing” them in time and construction time. Heritage making necessarily involves temporalization, in the sense of “making” time. Even though the formation of heritage may well be analyzed as a constructivist endeavor – and hence as relying on certain preferences and choices privileged in the midst of other possibilities – it is still the case that objects and sites qualified as heritage do become heritage.

The frame sticks to the objects and sites, and organizes the ways in which humans relate to them, for instance as icons of past achievements (as is the case with sites and objects celebrating bygone civilizations) or as authenticated resources for contemporary national or ethnic identities. Heritage is made and yet is vested with an aura of factuality (in the sense of Clifford Geertz) that denies it being a fabrication. Hence heritage is a frame that should not be analyzed as “merely” constructing certain things as heritage, but rather as a world-making device with its own reality effects.

Of particular interest for scholars is to undertake an evaluation of the ways in which their own disciplines contributed to heritage making, for instance by authenticating certain items as “genuine” (not “fake”) instances of heritage. Certainly, before getting a clear idea about how to intervene in the current heritage buzz and politics of attributing cultural value to allegedly “authentic” remains of the past, there is an urgent need for critical studies of the scholarly involvement in heritage making in anthropology, archaeology, architecture, art history and history (as called for by Susanne Leeb). Heritage formation being a longstanding historical and global process, for me the question arose how to think about the legacy of heritage as a frame to bestow value on objects and sites in our current world. How does cultural heritage constituted in the past haunt us – as scholars and citizens – in the present? What does heritage formation and preservation mean in our era of neo-liberal capitalism, in which breaking from certain traditions and bestowing value on certain pasts co-exist in a puzzling manner?

As many contributions to the conference showed, the frame “heritage” travelled and still travels well across the world – as shown evocatively in Michael Falser’s presentation on Angkor Wat Cambodia, where the heritagization of the temple complex as part of a Western civilizing mission was embraced by subsequent political actors – albeit in complicated ways. The sharp transcultural focus brought into the picture both the diverse modes of valuing of objects and sites as national or even world heritage and collisions of the heritage frame with other modes of enframing objects and sites as valuable, in the sphere of culture, religion and the market. I think that a transregional and transcultural perspective is helpful to broaden the scope of heritage studies by exploring the making of heritage in the context of alternative modes of valuing or de-valuing objects and sites.

This was spotlighted particularly in the panel on the reconstruction of sacred sites in the aftermath of the earthquake that struck Nepal in 2015 (convened by Christiane Brosius and Axel Michaels), where different attitudes towards heritage – vested interests on the part of state actors who strive to rebuild in line with what was destroyed versus concerns of people to rebuild and even modernize their worship sites as soon as possible – collide with each other.

Two, even though objects and sites are not heritage in an intrinsic sense, their framing as heritage implies a particular relation between them and humans which may well be described, following archaeologist Ian Hodder, in terms of “entanglement” and even “entrapment.” Once objects and sites qualify as heritage, they put pressure on humans, demanding, as it were, to be cherished, safeguarded and cared for.

Currently, the relation between humans and objects is subject to much reflection in various scholarly fields, such as art history (asking about the power or aesthetic effects of images for beholders, a guiding question in the Arts histories and aesthetic practices of the Forum chaired by Hannah Baader), archaeology (asking about the path-dependency that comes with opting for certain object forms – e.g. the wheel – in shaping future developments, e.g. Ian Hodder, Bjørnar Olsen, Philipp Stockhammer), anthropology (asking about the agency of objects for their makers and users, e.g. Bruno Latour, Tim Ingold) or religious studies (calling for a material turn that investigates processes of animation, the fetish, and how humans make their gods – my own work is located here).

I think that a great deal of insights from these fields could also be applied to the appeal -or even aura – of heritage. This line should be further explored in future research. A transregional and transcultural perspective on heritage formation will certainly encounter a plethora of modes through which objects and sites are vested with power and agency and effect strong sensational and emotional responses by their beholders. It can make good use of the scholary work on human-object relations in the fields mentioned, and at the same time offer new and deeper insights into the complexity of valuing tings and sites as heritage, and the forces unleashed by these valuation.

Third, thinking about the title of the conference, which refers to the making, sustaining and breaking of heritage I note that the main emphasis has been on the first two aspects of heritage formation. The breaking of heritage was of course addressed in frequent references to the vandalization and destruction of world heritage sites in the Middle East by IS – e.g. by Sinan Antoon, Friederike Fless, and others – but even then the focus was on (future) reconstruction. I think that in our highly pluralist world, in which heritage has become an important resource for the articulation of regional, national and universal identities, heritage is prone to be contested – and broken. Nicely, the conference organizers offered a mini chocolate bar with an inscription calling consumers to break it and enjoy.

In my view, the joy –and jouissance – in breaking heritage deserves much more attention.What motivates those doing so? Which orders do they challenge, which alternative orders do they seek to establish? Breaking heritage occurs in many different settings – certainly not only in the Middle East by IS, but also, as I noted over and over again in my work on Christianity in Ghana, in the context of Pentecostalism with its deep rejection of indigenous gods as idols and its striving for a new world with born again persons who make a “complete break with the past.”

In this year, the 450th anniversary of the Calvinist iconoclasm, which has been canonized as a key event in Dutch history, is commemorated in the Netherlands. Implying the conversion of Catholic churches into Protestant ones, this iconoclasm involved the destruction of figures of saints, relics and other power objects. In my view, it is important to pay much more attention to the breaking of valuable objects and the vandalization of sacred sites in a historical perspective in general, and by focusing on the role of religion, as a major world-making as well as world-breaking apparatus, in particular.

We should be wary to concentrate all too much on the making of heritage, but instead devote more attention to acts of unmaking it. In both processes, religion plays a role. While it can certainly be argued that contemporary stances towards heritage in Western societies, where it often features as a new secular sacred, betray an afterlife of Christian modes of sacralization and devotion, it is also the case that the energies invested in destroying it are rooted in longstanding religious notions about the status and value of objects.