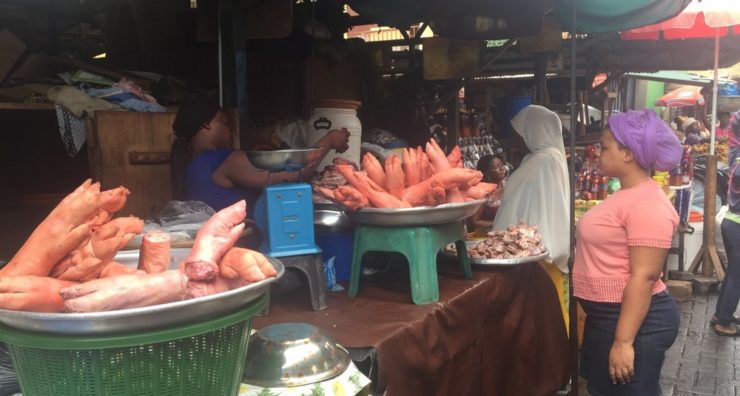 The Politics of Purity, Disgust, and Contamination: new article by Rashida Alhassan Adum-Atta in ”Religions” 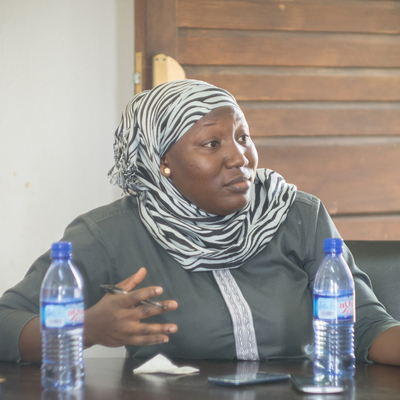 Rashida Alhassan Adum-Atta just published in the open access journal Religions. The title of the article is ”The Politics of Purity, Disgust, and Contamination: Communal Identity of Trotter (pig) Sellers in Madina Zongo (Accra)”.

The full article can be downloaded here.

The interplay of food, people, and market in the multi-religious and multi-ethnic neighborhood of Madina Zongo, Accra, results to some extent in food exchange. In a plural setting like Madina Zongo, an important aspect of their co-existence is the sharing of food; in so doing people claim their identities and mark boundaries; consequently, food in this sense becomes a potential for conflict. My primary aim in this paper is to focus on pig feet (trotter) sellers by drawing attention to their conflicting experiences
and encounters in selling trotter. Pig feet (trotter) is a commodity that comes through a global network and is considered haram and unclean by Muslims. Actions by religious practitioners, thereby, play a pivotal role in provoking these experiences and, for this reason, it is prone to triggering tensions. In this paper, I explore the embodied encounters between these traders in the market (inhabited by people of different religious traditions) and, to some extent, the buyers and how this triggers religious sensibilities and at the same time evokes strong responses among those frequenting the space (e.g., market women and customers) and those (trotter sellers) who live in predominantly Muslim neighborhoods. In my analysis on tensions and pollution, I take into consideration groundworks by authors such as Mary Douglas’ Purity and Danger, Sara Ahmed’s and Deborah Durham’s notion of disgust and the anthropology of imagination, and inspired works on materiality such as the Latourian Actor-Network Theory (ANT) which draws attention to the agency of the non-human. This paper studies how religiously contested and so-called “contaminated” foodstuffs such as pig feet (trotter) result in boundary-making practices among members of the market and Zongo community. I argue that ideas of purity are influenced largely by cultural and religious convictions which seems not to be compromised by religious practitioners. The paper also investigates strategies people/sellers develop to negotiate these social relations.