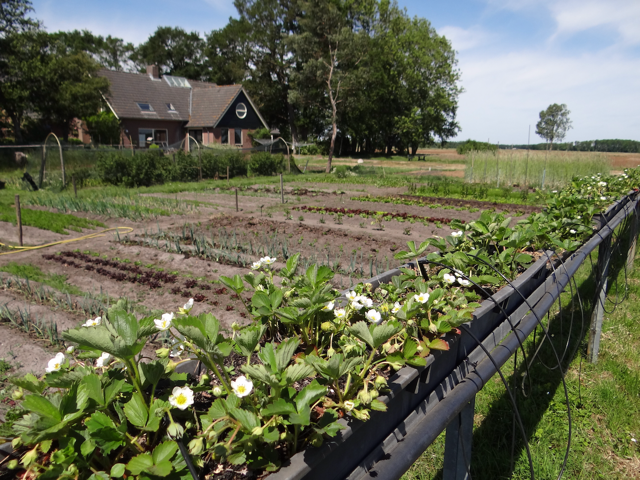 During the pandemic, I looked into ten Zen Buddhist communities in the low countries, wondering how they’d respond to the crisis: would they reinvent their tradition, and if so, in what way? Or would their Zen be ‘business as usual’? In this blog, I explore the three Zen monasteries located in the Netherlands. Did they also experience the lockdown and pandemic as a crisis? Is living in isolation less intense for them, having partly chosen for it? Is it less lonely to isolate with a larger group of nuns and monks? Did they reflect much on the crisis, or was their practice more disentangled from the worldcrisis?

The Zen River monastery in Groningen

Guestmaster and Zen teacher Robert van de Roer was blessed with all the technical issues: ‘It is not so aesthetic, a laptop and camera in the zendo, but people are very enthusiastic. Live presence is irreplaceable, but at least they can feel like they are here for a bit.’ Even rituals could be followed online, and he addition of camera’s showing the garden made it possible to see the teacher and monks walk to the Zen hall. ‘This was highly appreciated, people could hear the birds sing’ (see Fig.2).

The temple did not change the contents of the teachings, rather following the normal schedule. Over the last decades Zenriver has structured the education processes both for the residents as well as for other members and visitors. For example, there is a weekly class on how to hold a dharma talk, and a regular study group. The monastery produced two anthologies containing both classic and modern Zen texts for study. When the lockdown started, Zen River was working with the second anthology, carrying the mysterious title ‘Hotei Drinks the Dharma’. Teachings went on as usual, but also, a new practice was added: online participants could write a short essay on the weekly reading and send it to Zen master Tenkei who would comment. In the study group they were reading Tibetan teacher Chogyam Trungpa on the different branches of Buddhism, this also continued. Robert: ‘Sometimes in discussions, Corona was mentioned, but it is not a grand topic’.

The main change in the temple in response to the pandemic had nothing to do with revisioning Buddhist insights in response to the new situation. Rather, the temple rediscovered how important it was to really be a monastery: while the temple inhabitants did miss interacting with their walk-ins, they also appreciated the calm and quiet as vital for deepened practice. Van de Roer: ‘We’re going to be a bit more reluctant with drop-ins. It’s a lot of fuss for sometimes just a few days. Staying in a Zen Monastery can be a bit touristy, but duration actually is a very important factor. The idea of a monastery is that you have a structure providing a foundation for deepened practice’. Presently, Zenriver again hosts temporary residents, but in this early post-lockdown situation the minimum stay is a month, starting with a 14-day quarantine.

The Zen monastery International Zen Center Noorder Poort, started by Zenmaster Jiun Hogen on a farm in Wapserveen, Drenthe, was similarly unconcerned with commodifying the teachings particularly for the crisis. Jiun Hogen, who flew back from their Miami branch just a day before president Trump closed the borders, chose to focus on the resident community itself rather than designing special online options. Jiun: ‘Why would we have to do something for people right away? Immediately contribute something? Why not just leave it alone. So what, if things cannot take place for a while?’ I asked: Did the people not miss it? Jiun: ‘Our local groups did offer online practice. But we did not. You see, people want to remove everything unpleasant as quickly as possible. And then use Buddhism as a panacea. Buddhism originated as an answer to the question: “how do you free yourself from dukkha (Sanskrit, suffering, ed.)”? But we don’t have the answers for all kinds of societal or economic issues. Should I divorce or not? You shouldn’t ask me that. I also don’t know how to get your car working again. We can help with the basic attitude, the state of mind. Zen Buddhism has an answer in the spiritual realm. When you are in your center of gravity, and develop a clear mind, what is needed arises of itself. But how you apply this in daily life has to be seen by everybody individually.” The eight residents happily used the time to strengthen as a group. Not without results, says Jiun: ‘the farmhouse and the vegetable garden look great’ (See Fig.3).

The He Hua (Lotus) Temple in the Amsterdam red light district

For the He Hua (Lotus) Temple in the Amsterdam red light district, the experience was quite different. While the temple is run by nuns, it does not serve as a place of retreat, but is part of a worldwide Taiwanese mission for ‘Humanistic Buddhism’ in day-to-day life, and also functions as a local temple in the Chinese neighborhood. For Miao Yi, the abbess, it was for the first time since she was sent to the Amsterdam branch, that she was at home more than five days in a row (See Fig.4).

While normally the temple is a place where volunteers walk in and out, now the doors were closed. Miao Yi: ‘We take care of ourselves now: cleaning the whole temple, cooking three meals and doing the ceremony. It’s a lot of work, but I also appreciate it. Being a nun, it is good to do it. Before I didn’t have the opportunity, always travelling around, and the volunteers won’t let us. I like to do it. I also cook special foods for the other venerables. They are very happy. I am good in cooking but did not have the chance to do it. Yes, Taiwanese and also Italian, Vietnamese, Thai. Everyone gives me a thumbs-up’.

Still, there is more time now, also for Miao Yi. What do you do with the time? Miao Yi: ‘I used to be always busy. Now I have the opportunity to stay in the temple a lot. We had many ways to propagate Buddhism, and now I can reflect on what was the best way. And also I can look at what I can do right now. I have to use the causes and conditions of this time. And in the future we will have more ways to reach more people.’ Getting up before sunrise, Miao Yi is now writing a book about her Buddhist path, it’s already at 300 pages. One of her main insights: ‘Everytime is the best time. No matter what you are facing: you have to move forward. Where there is Buddhism there is a way. We have the courage and wisdom to overcome difficulties. If you know the essence of Buddhism you live a happy life. We are a vivid example.’

Does she find new things in Buddhism, now? Miao Yi: ‘That is very difficult to answer. We all know the causes of Corona and need to be patient. There are three acts of goodness: acts in thought, in speech and with the body. When we cultivate the good seeds now, then in the future we will have a good outcome. Also, before, we took everything for granted. But we have to be compassionate towards everything: also the animals. This time becomes a retreat for practice. Micro-practice of self-improvement. This time teaches suffering and impermanence. It is a good opportunity. We have to think deeper.’

One of the outcomes of my research on Zen during the pandemic is that the crisis appears to enhance the unique character of each Zen community. In case of the monasteries, a sharp contrast can be found between the more remote retreat-focused monasteries, on the one hand, and the city-based mission-focused monastery, on the other. Founded as placed of retreat for residents and visitors, the countryside monasteries could continue their practices rather unphased. The Amsterdam monastery however, located in one of the most busy areas of the city, had to completely re-invent its ordinary ways, as the interweaving with the volunteer network dropped out and all functions for the local community needed to be moved online.

One thing all monasteries had in common is that they appreciated the enhanced rest and quiet, as far as it applied, indeed. Usually, in spite of being in a remote place, the monasteries provide a place of practice for many visitors. It differed to what extent the monasteries felt the urge to reinterpret core Buddhist teachings in relation to the crisis. While both countryside-monasteries differed in the ways in which they relate to the online world – Zen River offering online retreats and also daily online participation and International Zen Center Noorder Poort simply holding a pause -, both were happy enough with the teachings already at the heart of their practice, related to both transforming the mind and studying classical and modern texts. There was no felt urge to specifically think through the tradition in face of the Corona pandemic. They retained their focus on the inner practice in a bit of a distance to society, as typifies their attitude. This was different for the city-center-monastery, where the societal change and crisis was much more felt and reflected on. Also, this temple’s different focus in teaching came up: it was more focused on practicing being a good person in thought, speech and bodily action in the midst of things, and on thus living without despair.

As mentioned, all three monasteries during the lockdown re-acknowledged the typically monastic value of coming to a stop, and using it fruitfully in whatever way. This is an insight many of us, at least in contexts of welfare, might recognise. It might seem elitist to just take such a standstill, but as far as these monasteries are concerned, one cannot say their retreat does not bear fruit for others. Indeed the doors of all monasteries have opened again, to receive people seeking to renew their vitality or spirituality after the existential challenge the pandemic and lockdown for many proved to be. I would say it is not specific for monasteries, but a question for people all over society, whether the Corona-forced change leads to new ways of life, or rather to attempts of regathering the old.

Want to know more about Zen Buddhist teachings during the pandemic and lockdown? Read my previous blog in Dossier Corona (Religious Matters), or look out for part III, which will be focused on the renewal of teachings in lay Zen communities.