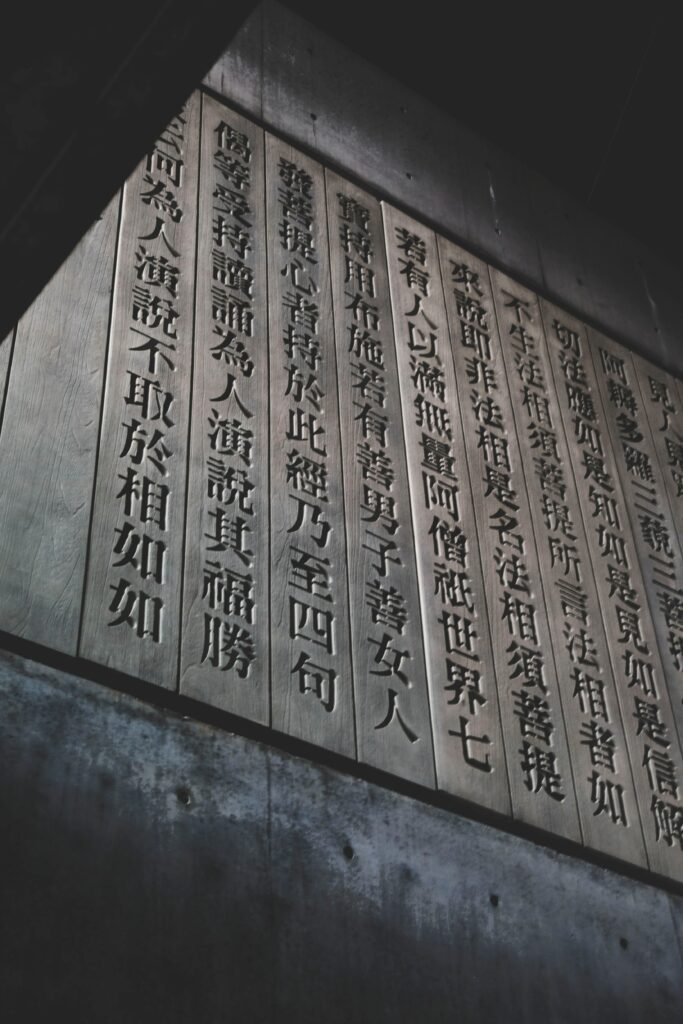 In my recent blogs on Zen Buddhism during the pandemic I focused on Ritual and Monasteries respectively. A topic that also came up was the renewal of traditional teachings. This blog focuses on the adaptations that Zen Buddhist teachers made in their application of Zen Buddhists insights and ideas. Is there a variety of “Corona Buddhism”? Did certain teachings become more central, while others were neglected? I could imagine a greater emphasis being placed on some of the very basic Zen Buddhist insights, such as ‘life is suffering’, ‘all is interdependent’, or ‘all is impermanent’.

Zen teacher Cuong Lu, founder of the Mind Only Institute, heard about the lockdown the night before he would start teaching a five-day retreat. The former monk in the lineage of Thich Nhat Hanh – a Vietnamese Zen Buddhist reformer and refugee, also one of the founders of Engaged Buddhism – immediately e-mailed the forty retreat-participants that the retreat would move online. He had no clue about the technique, but thought his swift and unfettered shift was ‘very Buddhist’. Most participants attended, and the retreat was a great success, Lu says. Lu: ‘My experience is: you can feel each other. That is very special. We experience distance, in everyday life and also online, but this is all unnecessary. We are connected: I am you, you are me’. This insight was already at the core of Lu’s teachings.

During the crisis, Lu did not go into many classical texts to find new insight. Lu: ‘I generally don’t teach through the classical formulations, such as that of “no-self”. My students might get this intellectually, but they won’t embody it. I ask them to not just think about Buddhist ideas, but to really go back to experiencing themselves: their own body, feeling, emotion, thinking – “and what do you see there?” When they are really with themselves they experience also my presence. There is no distance then. Then I can say: “you too are Buddha”. It takes them years to see that for themselves.’

Lu has worked a lot with people’s isolation and suffering, as he was the first Buddhist prison-chaplain in the Netherlands (see Fig.1). Special about the lockdown was that everyone was suffering communally. Lu: ‘This is a special time: we are all suffering. I have never experienced this before, that everyone is aware of both their suffering as well as the suffering of other people. In this situation, it does matter a lot whether you have a Zen Buddhist teaching or not. People who lack a teaching might say, “I suffer so much, and he suffers so much, and how long will this last”, thus intensifying each other’s suffering, increasing stress and anxiety. But when people who practice realize that we all suffer, this increases their compassion – “there is so much suffering”, they realize, “I want to do something.”‘

Cuong Lu did not recount specific stories of the Buddha, during the lockdown. He was, however, reminded of his own narrative. Lu recounts his struggles with his personal war memories, having fled from a wartime childhood in Vietnam to the Netherlands in 1980. Lu: “I think it is important for people to hear that there is peace in themselves, whoever they are. There is so much suffering, and we know that this can be turned into violence very quickly. We have to be careful. I was very violent as a child, and I was not happy. Violence never makes you happy, with it you destroy yourself.’

In some cases, Zen teachers did offer more specific teachings related to, for example, dealing with dying and stress. This was the case for Zenmaster Irène Kaigetsu Bakker, founder of Zen Spirit, who gave several live online guided meditations (See Fig.2). No less than 221 people logged in on the digital meditation platform 30now to participate in her talk titled ‘Can we live with Dying?’. The lecture was based on the 11th-century text Nine Contemplations on Dying by Tibetan Buddhist teacher Atisha and is basically designed to come to terms with the fact that one day, we will die (for a commentary by Bakker’s teacher Joan Halifax on this text, click here). Early on in the crisis, Bakker gave a guided meditation on how to deal with stress, based on her work in mindfulness and compassion training. This particular meditation focused on recognising and then preventing habitual responses to stress, fight, flight, freeze or having a fall-out. Bakker: ‘Sitting in the meditation posture, one can realize, “right now, as I sit here, I am safe, there is a place of refuge where I can relax in this moment, being with what is, without knowing what the future will bring”‘. This would prevent fight-or flight reactions. Then, ‘realizing that right now there is enough and that we are connected’. This prevents the hunting-reflex, called ‘hamsteren’ in Dutch, or the other extreme, a freeze. Bakker: ‘Out of realizing these three, a sense of relaxation and peace may come up, even in difficult times’. This way, a possible fall-out would be replaced with a calming response.

For her own community, Bakker shifted to online work as well. The meditation-evenings of Zen Spirit Arnhem were, as was the case with De Waele (see below), well attended: the community from Groningen, the local groups in Rosmalen, Geldermalsen and Friesland, and students of Bakker who lived even further away all participated. This enhanced cross-group ties, and her American students could see for the first time what the regular practice in the Netherlands was like. Bakker: ‘Many people know each other from retreats, but they now appear on screen that same night, which is quite enjoyable. I was also surprised how well the online one-on-one encounters with my students about their life and practice worked, using break-out rooms, while everyone else continued to meditate in the virtual zendo. I am curious what we will continue to use in the future.’

Zenmaster Frank de Waele, founder of Zen Sangha, which is based in a renovated garage in Ghent and has communities in several Belgian and Dutch cities, was ‘extremely busy’ during the crisis. De Waele, like Bakker, is part of a Japanese Zen lineage, founded by the Japanese Zenmaster Maezumi, who came to the USA in the late fifties. De Waele and his family had relocated from their small house in Ghent to their customary summer-retreat center in the German countryside for the lockdown. He was not so keen to go online, but his board insisted the community was in need. De Waele: ‘There was a lot of isolation and fear in the beginning, especially for single people. In the first weeks, the lockdown was very strict in Belgium. People were really shocked. Disempowering behavior increased: drinking, surfing the internet, poor sleeping. People sought psychological support. In general, people don’t express themselves very easily here, it has to be one-on-one. My schedule was fully booked: online daily meditation, study group, listening circles, liturgy training and ceremonies. And in between private (video-)calls. I tried to encourage people and help to build confidence in their practice’. Most of the online activities were attended beyond average numbers. The only thing falling through online were those for newcomers – during the lockdown situation no new people voiced interest, while there are usually nine each month.

De Waele prepared his lectures more diligently, studying Buddhist reflections on the crisis in the American Buddhist magazines such as Tricyle and Lion’s Roar. De Waele: ‘I made the theme of suffering more explicit. I don’t mean the cliché of “life is suffering”, but the classical Buddhist theme as I understand it: this situation of suffering does not just fall over our heads, we have a choice in working with it’. De Waele also reflected on the pandemic from a more general point of view. De Waele: ‘What really struck me: this is the first time that my generation experiences a crisis. My own parents experienced World War II. In my family, almost a dozen men fought in WW1. Before that, the late 19th century turmoil and then cholera. My generation lived in a kind of magical thinking, as if invulnerable, infallible – taking for granted culture, social security, health care and a paid job. Now we are awake: this could be serious. I hope it has a deepening and meaningful effect.’

Is there a special variety of Zen Buddhism during Corona? Yes and no.

Yes, these three Zen teachers adapted their teachings to responded to the pandemic and lockdown in varying ways. This goes for Cuong Lu who, in the spirit of his ‘Mind Only’ teaching, stressed the actuality and possibility of connection. He also demonstrated this himself in his unphased attempt to cultivate a sense of oneness right through the digital platforms, not accepting any screen-induced sense of alienation as a necessary state. Irène Kaigetsu Bakker specifically harvested the Buddhist tradition for insights on stress and death. And Frank de Waele focused on the Buddhist teachings around suffering.

No, one could also say, since in the first two cases the teachings that were applied weren’t new: Cuong Lu generally focuses on the oneness in ‘Mind Only’, and Bakker is specialised in matters of stress and dying. De Waele is an exception in that he shifted his focus in explicit response to the crisis. Still, it is far-fetched to consider this renewal since he (re)turned to Buddhism’s most basic idea. But still, there is a visible redirection.

While in none of these cases there is a renewal that would justify a term such as “Corona-Buddhism”, it is the case that traditional insights as well as the teachers’ personal focuses were reapplied and redirected in face of the crisis. So, let’s speak of a reapplied Zen Buddhism. This is in line with my earlier findings focused on online ritual. There were no revolutionary changes, but the act of going online and the new try-outs in times of lockdown did cause some significant shifts.

In all three cases, this reapplied Zen Buddhism had the same focus: enabling students to train their minds. This is congruent with my findings regarding Zen teachers as mentioned in my earlier blog. Misha Belien stressed how important it was, also during the crisis, to actively practice staying in the present, refraining from phantasies of what could possibly happen in the future. Floor Rikken mentioned observing her mind’s many tricks and jumps in relation to the pandemic from a certain distance. Michel Oltheten advocated a more specific change, which he versed as the shift from living from the desire for control and power to vulnerability and openness. While Paul Loomans emphasised that Zen was not to be used instrumental in any situation, it is a form of training the mind indeed, even if not towards specific aims.

Concludingly, one can say that during the crisis, Zen Buddhists remained Zen Buddhists: focusing on the core business of mind training rather than directly interfering with the external circumstances. Simultaneously, the purpose of this training goes beyond the realm of the mind, as it would result in options for action. Naturally, a very interesting question is whether indeed students managed to cultivate such a change towards inner peace and stability. Judging from the overall rather astounding ongoing popularity of online meditation during the pandemic (as seen in my casestudy of Zen Buddhism in the low countries, but also beyond that), it seems that participants do benefit. The fact they come back for more also shows, maybe, it is not a very easy to maintain approach.

Read the previous blogs on Zen Buddhism during the pandemic: Part I on Rituals and Part II on Monasteries.