I am a cultural anthropologist and food studies scholar. My long-term engagement with the study of food and eating so far has focused on three major concerns that straddle the ‘public’ and ‘private’ domains: (1) normality/not-normality; (2) trust/mistrust/distrust; (3) waiting. Through the lens of ethnographic field studies of food in four cities in the ‘Global North’ (Northern Europe) and ‘Global South’ (South Asia), these three research clusters have facilitated engagement with issues ranging from migration, diversity, religion, social change and conflict to gender, youth, cities, public health and time.

In my first book/monograph – Transactions in Taste: the Collaborative Lives of Everyday Bengali Food (Routledge 2010, Paperback 2013) – I focus on a comparative ethnographic study of Bengali Hindu and Muslim food-ways in the mega-cities of Calcutta (India) and Dhaka (Bangladesh). In a radical departure from previous ethnographies of food, I ask how and why food is pivotal to social relations and forms of identity that emerge as normal and not-normal. I do so by describing the production, consumption, distribution, and disposal of ‘normal Bengali food’ in middle-class households that employ cooks from poor classes, and in Bengali restaurants, in contemporary Calcutta and Dhaka. I initiate a dialogue in this study that links issues of agency, place, hospitality, and ownership with a new field that places food as an “artefact” at the centre of its inquiry. It invites the reader to approach food afresh, as the key that unlocks the complexities of what is mundane yet profound ― the everyday.

In this book, I thus analyze the constant and fraught negotiations that feed into definitions of normality, class, and identity through trans-national networks of interactions between humans and non-humans: persons, places, and things. Food transactions here provide a window into shifting configurations of trust, power, and conflict integral to social relationships, shaped by historical networks of Partition migration, nation-building, and the politics of belonging/not-belonging.

Investigating emerging changes in the public/private divide in the Indian city of Calcutta through “gastro-politics”, I have completed two further ethnographic projects on cooking-bureaus and street-foods, entangled in contextual engagements with Bengali-Hindu middle-class values of ‘normal’ domesticity and trust, highlighting issues of gender and ownership of urban-spaces (published 2016).

Pursuing the food-trust nexus further in my next book/monograph (under contract), I draw on long-term ethnographic fieldwork on school meals in England (London and Birmingham). It is an urban ethnography of the anxious everyday engagements of Muslim/Hindu migrants of South-Asian (Indian/Bangladeshi/Pakistani) heritage in England with ‘healthy’ school meals as entangled in wider historical and variegated networks of perceived risks and uncertainties. Entitled The Aesthetics of School Meals: (Dis)trust, Risk, and Uncertainty, the book unpacks the interactions of health with the dynamics of (dis)trust and mistrust integral to such networks, thereby revealing implications for configurations of ‘public health’ and ‘multiculturalism’, amidst calls to rethink ‘cultural diversity’ and forms of ‘integration’ against the backdrop of rising instability in Europe.

Under the aegis of the research programme Religious Matters in an Entangled World, in my new research project I examine the transformations and mediations effected by food as a material phenomenon in plural urban settings in the Netherlands that are becoming ‘increasingly diverse’.  I do so through an ethnographic study of lived religion as part of the “every day” along the continuum to moments/occasions of heightened religiosity, with a specific focus on the food practices, perceptions, and beliefs of Hindu, Christian, and Sikh immigrants of Indian heritage who have migrated from India to the Netherlands. In so doing, I aim to show how food matters in negotiations of forms of religious co-existence, tensions, and contestations in plural urban settings in the Netherlands.

25-11: Public lecture at LUCIS in Leiden on the “Gastro-Politics and Gastro-Ethics of Diversity”. Click here for more information. 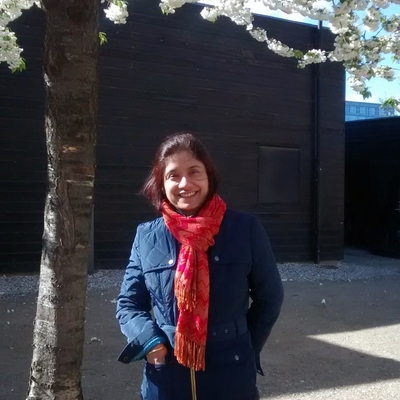 Food Matters in an Entangled World