I am a scholar of religious studies with geographical area of expertise in Accra, Ghana. My research is at the crossroads of urban anthropology, sonic studies, sensory anthropology, and historical analysis. As part of the Religious Matters project, I will be working on official and unofficial power negotiations between African traditional religion, Pentecostal/Charismatic Christianity and the state in the context of contemporary Ghana.

The title of my research, The Noise Silence Makes: Ghanaian State Negotiates the Ritual Ban on Noise Making in Accra alludes to the importance of sound or absence thereof in the ongoing power tussle between various religious actors in the capital of Ghana. More specifically, I take a close look at the ritual “ban on drumming and noise making” imposed as part of the annual harvest festival, Homowo, by the Ga community in Accra. Amidst scholarly claims that African traditional religion is losing its grip over its followers, especially in urban areas where Pentecostal/Charismatic churches are on the rise, I find it fascinating that the Ga traditional community continues to successfully impose noise restrictions in Accra’s central neighborhoods unencumbered by the state. Not only are Christian churches obliged to ease their sonic footprint during this period, even bars and restaurants turn down their volumes not to anger the Ga community members.

Superimposed against the ascendance of Pentecostal/Charismatic churches, the ban became a matter of national concern in the late 1990s as the latter refused to subdue their loud worship. While I explore the clashes between the Ga community and representatives of Pentecostal/Charismatic churches, I am mainly interested in how the Ghanaian state negotiates tensions surrounding the noise ban. Utilizing ethnographic research and media discourse analysis, I examine the case study from several perspectives: metaphysical implications of noise and silence in the two religious traditions, juxtaposition of ritual silence against noise pollution in the official discourse, utilization of human rights and cultural heritage discourses in order to address the confrontations, and unofficial involvement of state institutions in the name of the Ga community. Ultimately, I propose to rethink the category of “the secular” by looking at how the Ghanaian state handled the conflict, and I hope to draw a more accurate picture of how secularism as a concept functions outside of the Euroamerican template. 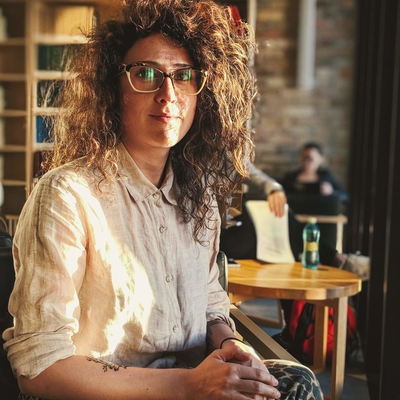 “When the Deities Visit for Hɔmɔwɔ: Translating Religion in the Language of the Secular”. 2019. Journal of the American Academy of Religion 87(1): 191-224.

The Racket of Silence: Ramifications of a Ritual Ban on Noise Making in Accra