Living in an exhibition in a church 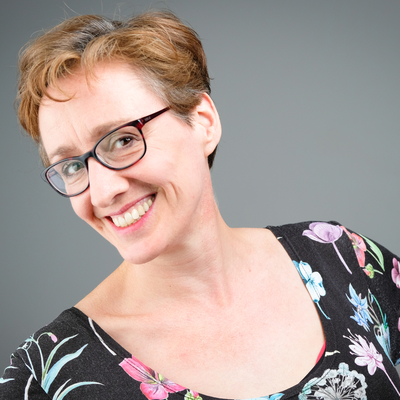 The Oude Kerk in Amsterdam’s inner city is owned by Stichting Oude Kerk and is presented as a museum, and hence an exhibition space. A visitor of the Oude Kerk can be immersed in Christian Boltanksi’s exposition “NA” (after). It is a 158-days site specific work for this church building partly inspired by the churches floor consisting of gravestones. A visitor can be carried along by the visualisations and sounds designed by the artist, and is invited to take notice of representations of the multitude of buried people over the centuries. “I think if this exhibition works out well then people will not experience it as an art exhibition, but more as some kind of religious fiesta.” (Museum leaflet, Boltanksi (1944), interviewed by Jacqueline Grandjean, May 2017)

Apart from the visitors who visit the Oude Kerk as a museum, there is a Christian congregation that uses the building as its place of worship. The congregation is used to a regime in which all items for the liturgy are taken in and out. During museum opening hours a visitor would have no visual or other information about the existence of an ecumenical church community in the Oude Kerk. The members of the congregation do not see the exhibition for the duration of a single visit but convene and worship in the midst of it regularly for a period of five months. On Sundays there is a church service in the morning at eleven AM and evening prayer at six PM. On Wednesdays the church is open from seven till nine PM. On Wednesday evening a short evening prayer is offered by the then practising Sweelinck Cantorij (church choir) and can be attended by anyone present. The church is open for visits during all these times for participation and/or for personal meditation.
At such times the sound and lights that are part of Boltanski’s installation are switched off. But the objects are there: big black tombs, coats laid out on the floor, four lowered chandeliers, decaying flowers on the table in the choir (mentioned in the museum leaflet as “the spot where the altar stood in the Roman Catholic existence (1306-1578) of the Oude Kerk”) and a presentation of a coat with lightbulbs and wires attached to the wooden fence of the choir (“Le Manteau”, 2000).

For worship the central part of the church is needed. Normally, this part of the church building is supposed to be fully available, i.e. empty and ready for use, for the congregation. In contrast to earlier exhibitions in the Oude Kerk, “NA” takes place in the whole church including this central part. The church community has to arrange itself with this intrusion. Now big black tombs take part of the incoming light away. Coats on the floor need to be temporally put aside. Two of the four lowered chandeliers need to be lifted each time so that the church service can take place. The flowers on the table need to be removed for the celebration of Holy Supper. Fifteen chairs covered with coats are placed in random positions in the choir part. At some occasions these chairs are put aside as well. In the part called ‘the nave’ (in front of the pulpit) the congregation is seated nowadays on lighter (conference style) chairs replacing the usual heavier ones. It is like the change of the décor in a theatre with (sometimes quick) adaption for the next scene. Or maybe it can be compared with a household where a frequent change of inhabitants requires removal of items back and forth.

In the pictures that I took for this gallery I try to visualise some of these temporal changes. No pictures were taken during church services, but some were taken just before or afterwards. Het Parool (an Amsterdam newspaper) paid attention to the exhibition, 8th January 2018. The headline expressed that religion and art might be rubbing against each other (“Kunst in de Oude Kerk: exposities leiden tot wrijving“). Whether the term ‘rubbing’ accurately expresses the relation between religion and art depends on the perspective and the type of discourse. Both the artist and the church community express their claims regarding the church building in how they use the space, the items they bring in – or remove – and how they invite their audiences to be involved. One thing is for sure: this exhibition is challenging the church community and forces it to respond with decisions, like which items to remove and which items to tolerate in the area that is needed for liturgy.