I am a cultural anthropologist with a thematic interest in aesthetics, religious citizenship, activism, and Islam. My geographical area of expertise is Morocco. I am specifically concerned with the different ways in which Islam is employed by variously positioned actors in formulating discourses about citizenship and societal processes of in- and exclusion. With my research I aim to challenge simplistic visions on Islam in the current debates, by offering critical and outside the box viewpoints that shed new light on the interaction between socio-political processes, religious identities, and discourses on Islam and citizenship.

My development as a researcher is influenced by my fascination with religion, the Islamic world, and my personal interest in visual arts and music. In my research I focus on the interplay between aesthetics and material culture, political ideologies, and religious sentiments. Religion has the ability to touch people emotionally in their most intimate sense of self, as well as the capacity to engender large scale (political) action. Aesthetic forms can serve as symbolic vehicles of ideological messages, but also have the capacity to evoke strong sensory experiences. For this reason, aesthetic expressions and material culture provide very interesting entry points to study religious practices and perceptions in the context of everyday life, as well as to learn more about the broader socio-political developments and identity discourses in which they occur.

My MA-thesis concentrated on Amazigh (Berber) activism and contemporary painting in Morocco. My PhD-thesis analyses how Islam-inspired music is used to construct and challenge political discourses on Islam in Morocco, within the structures of state supported musical activities for Sufi music, as an embodiment of a “moderate Islam” and, in contrast, Islamic activist movements. Central are the practices and perspectives of vocal performers operating in these two domains, and how they combine piety, commercial motives, and political discourses in the practicing of their music.

Within the research program Religious Matters in an Entangled World, I will explore material dimensions of transnational religious immigration in Morocco. Although Morocco is primarily known as a country of emigration, it has increasingly become a destination for migrants from sub-Sahara Africa, but also from Europe, over the last 15 years. The growing presence of immigrants confronts Moroccan society not only with new social, cultural, and political issues (Berriane, de Haas & Natter 2015: 503), but also with the development of a new form of religious diversity.

In this postdoctoral study I focus on the material aspects of both European and African religious communities that are settling into Moroccan society. One of the religious immigrant communities I will work with is Dutch female Muslim converts who, in their endeavor to become ‘authentic’ Muslims, have made hijra (the religious emigration of Muslims to an Islamic country) to Morocco. I will specifically examine how these women negotiate their former and new cultural, national, and religious identities in their new environment through the organization and narratives of (past and current) objects and images within the domestic space. The analysis of these domestic practices, and the broader politico-religious contexts in which they are embedded, will provide insight in the entanglements and complexities of transnational Islamic networks between the Netherlands and Morocco. The project will also shed new light on Morocco as a transitional religious space within the Euro-African migratory system, as well as ideas of the emergence of a ‘European (and Dutch) Islam’ in the Arab world. 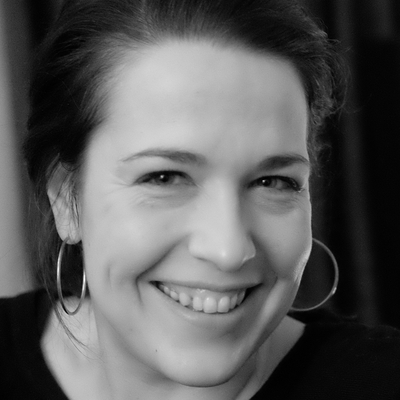 Laan, ter, Nina. 2021. “They have no taste in Morocco. Home furnishing, belonging, and notions of religious (im)perfection among white Dutch and Flemish converts in Morocco.” Contemporary Islam 15, 57-82.

Laan, ter Nina. 2021. “Musical negotiations of a ‘moderate’ versus a ‘radical’ Islam in Morocco: dissonance and the sonic among vocal performers of Islam-inspired music” Religion 51(2), 214-236.

New publication by Margreet van Es, Nina ter Laan and Erik Meinema in ‘Religion’: Beyond the Frame of “Radical” versus “Moderate”?

Nourishing the Divine between suq and supermarket: Food practices among Belgian and Dutch converts in Morocco

Photo Gallery: Inside The Mosque

‘In Morocco Music Is A Political Instrument’